Houston Police Chief Art Acevedo provides details related to the May 16 officer-involved shooting of a man armed with a knife.

HOUSTON - A woman, who police say was about 80-years-old, was stabbed and killed in a robbery attempt outside a Walgreens near Braeswood Blvd and Gessner Rd. Saturday morning.

Houston police say officers were dispatched to the Fiesta Mart on Braeswood Blvd at 10:01 a.m. after getting reports of a man asking for money and scaring customers with a knife.

Officers were able to locate the man initially and cleared the scene.

Houston Police Chief Art Acevedo says shortly after that a woman about 80-years-old walked inside the nearby Walgreens to make a purchase. 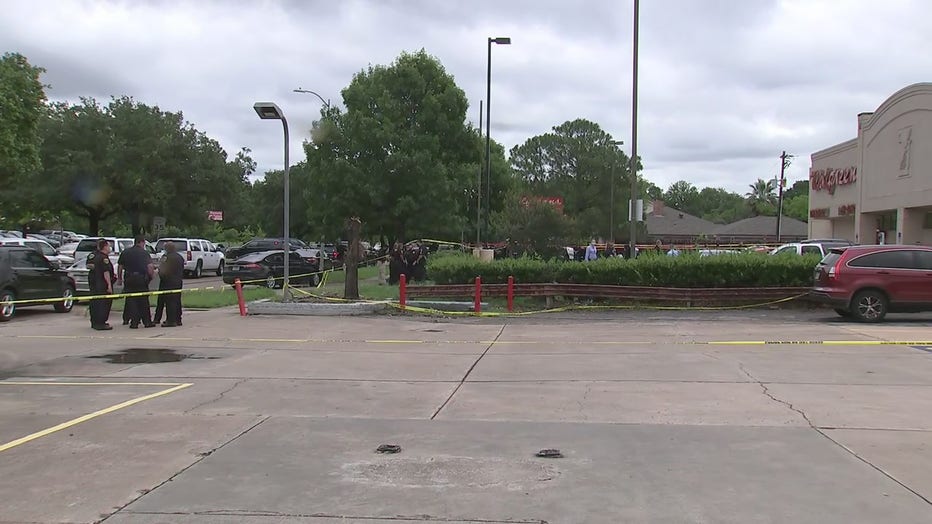 According to Acevedo, customers inside the Walgreens noticed a man standing outside the store. Before they could call Houston police, the elderly woman left the store and went to her car.

Acevedo said as the elderly woman tried to get into her car, the armed suspect stabbed her in the chest and began rifling through her things. The suspect then got into the woman's car, police say.

Another man found the elderly stabbing victim and noticed her stab wounds. Investigators say the man then noticed the suspect inside the elderly woman's car trying to get it started.

Acevedo says an HPD officer was flagged down and was told about the elderly stabbing victim lying next to her car.

That officer, a nine-year veteran of the Houston Police Department, ordered the stabbing suspect to get out of the car.

Investigators say the suspect armed with a six-inch blade got out of the car and started moving toward the officer. That's when police say the officer shot the knife-wielding suspect twice.