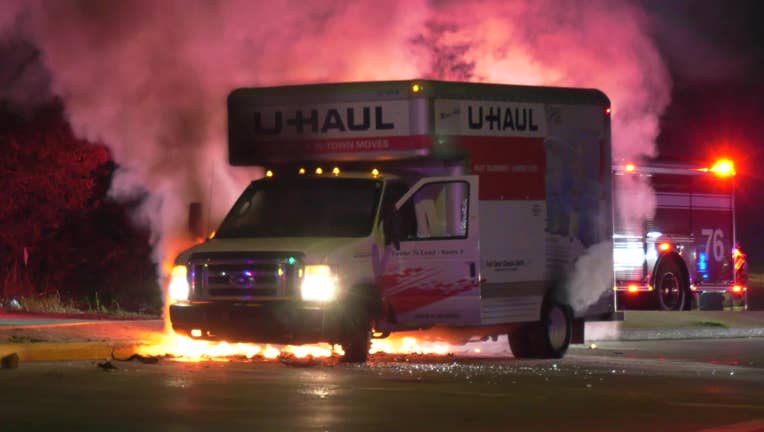 A police chase ends with a U-Haul on fire.

HOUSTON - Houston police say a man was arrested after leading officers on a chase in U-Haul for over an hour.

The incident began earlier Wednesday evening when police say they got a call about a man in a U-Haul who had crashed into a car and then shot at the person in the car.

Officers responded to that location but didn’t locate the U-Haul.

MORE: Mother of twins, found handcuffed, malnourished in Cypress, has criminal past of injury to child

Around 1 a.m. Thursday, HPD says officers found a U-Haul that had been reported stolen and tried to stop the driver, but he refused.

Police say a slow-speed chase started near Westheimer and Gessner and continued in that area for about an hour and a half.

Officers deployed spike strips at some point and managed to disable most of the tires on the U-Haul, but the driver continued to drive on the flats.

Eventually, the U-Haul was pinned between the median and some cars, police say. The driver reportedly continued to spin his flat tires, and they caught fire. 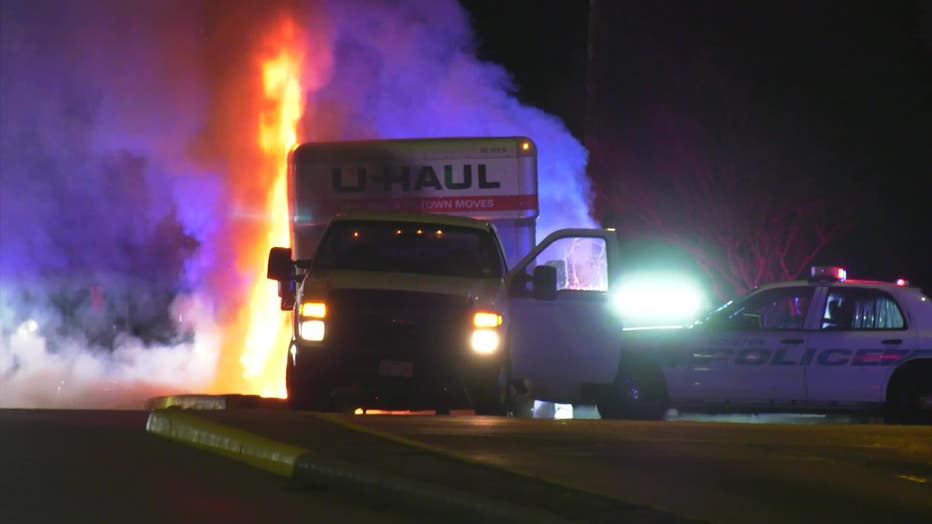 A police chase ends with a U-Haul on fire.

At that point, police say, the driver surrendered and was taken into custody. Firefighters put out the U-Haul fire.

According to HPD, the driver will be charged with felony evading and unauthorized use of a motor vehicle, and could possibly be charged with drug possession because he appeared to throw hypodermic needles out of the U-Haul during the chase.

No injuries were reported during the chase.