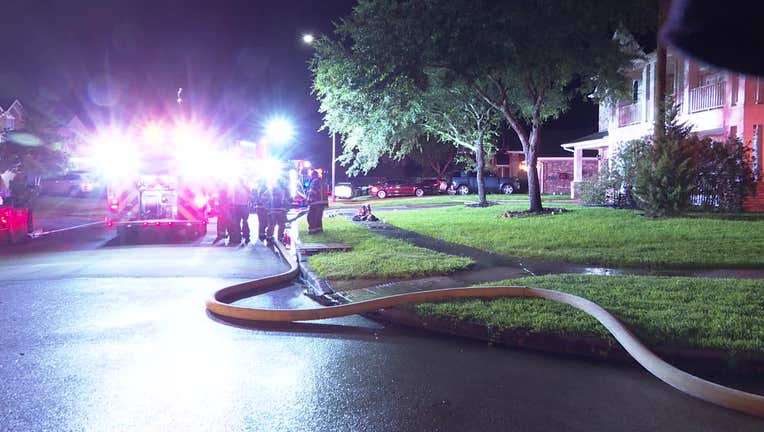 Firefighters at the scene of a house fire on Buffalo Spring Ct. in Sugar Land.

HOUSTON - A partial building collapse in east Houston and a house fire in Sugar Land overnight are believed to be weather-related, officials say.

The Sugar Land Fire Department was assisted by firefighters from Richmond and Rosenberg.

Cause and origin are under investigation, but officials say it appears the fire started as a result of a lightning strike.

According to SLFD, neighbors saw the fire and notified the residents, who were able to get out safely. There were no reports of injuries. 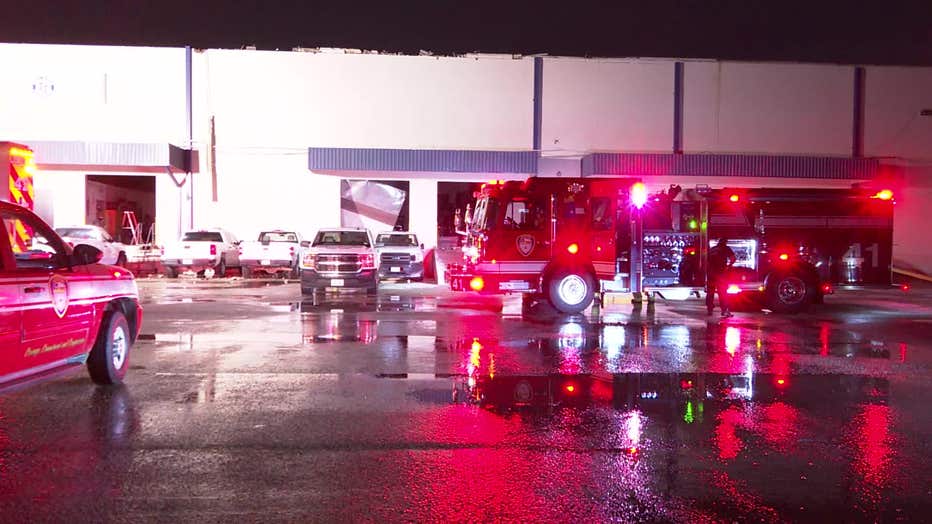 The Houston Fire Department on the scene of a partial structure collapse along the East Freeway.

In east Houston, a partial building collapse was reported around 11:30 p.m. in the 9900 block of the East Freeway, just east of the East Loop.

According to the Houston Fire Department, a possible microburst peeled back the roof of the building. It busted the sprinkler system, causing water damage inside.

The building was unoccupied at the time, and no injuries were reported.