The Houston Police Department says a Houston police officer was sitting in his patrol SUV when an off-duty Pasadena police officer crashed into the back of his vehicle.

Houston police officers had responded to a report of a stalled vehicle in a moving lane of traffic on the feeder road. Police say the driver was passed out in the vehicle. 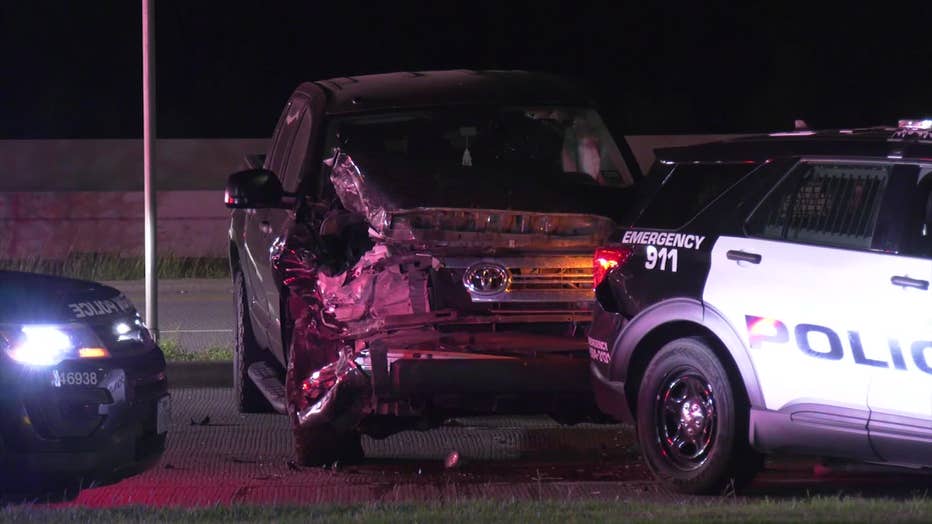 One HPD officer parked directly behind the stalled vehicle, and another Houston officer blocked a middle lane of traffic. Police say they both had their emergency lights activated.

While the officer parked in the middle lane was in his vehicle, an off-duty Pasadena police officer struck the back of the patrol vehicle with his pickup truck, HPD says.

Police say both officers involved in the crash were walking around afterward, but the Houston officer felt an injury to his head and was taken to the hospital. The off-duty officer was also transported to the hospital for evaluation.

The cause of the crash remains under investigation.