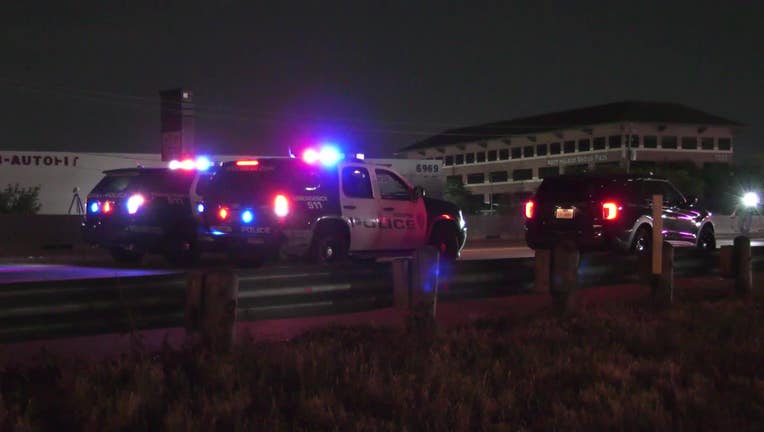 The Houston Police Department investigates after a man was struck by vehicles along the Gulf Freeway.

HOUSTON - A man who got out of a vehicle along the North Freeway died after he was struck by two other vehicles, police say.

The deadly crash occurred around 1:18 a.m. Monday in the northbound lanes of the North Freeway between Parker Road and Little York Road.

Police say witnesses reported seeing a dark-color SUV or minivan pull onto the shoulder of the freeway, and a man got out and started running southbound.

That man was struck by a white Jeep, which did not stop, police say.

According to HPD, the man fell to the ground at some point, and an 18-wheeler also struck him. The 18-wheeler driver remained at the scene.

The man did not survive his injuries.

Police say they have video from the 18-wheeler, and they are looking for more video along the roadway that may have captured the other vehicles.