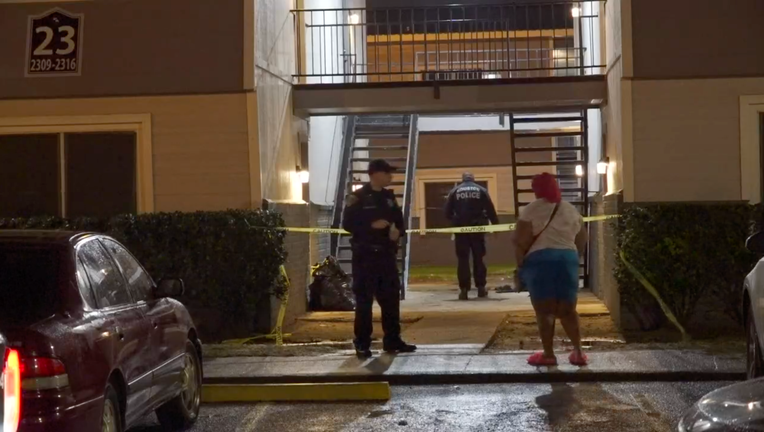 HOUSTON - A man is in critical condition after being shot at his Houston apartment Monday night.

Houston Police say they received reports of a shooting around 10:20 p.m. at an apartment complex in the 11900 block of Martin Luther King in South Acres.

When officers arrived, they found one victim shot twice in the stomach.

The victim, who's described as a male in his early 20s, was immediately transported in critical condition to the hospital, where he's undergoing surgery.

Police say the preliminary information shows the victim was at home with his girlfriend, who was sleeping. The girlfriend reported hearing two gunshots, and that's when the victim ran back in and said he got shot.

It's possible the victim had opened the front door.

Police say the do not have any suspect information, but are investigating and canvassing for cameras and witnesses.

Anybody that has any information in the shooting is asked to call Crime Stoppers at 713-222-TIPS.