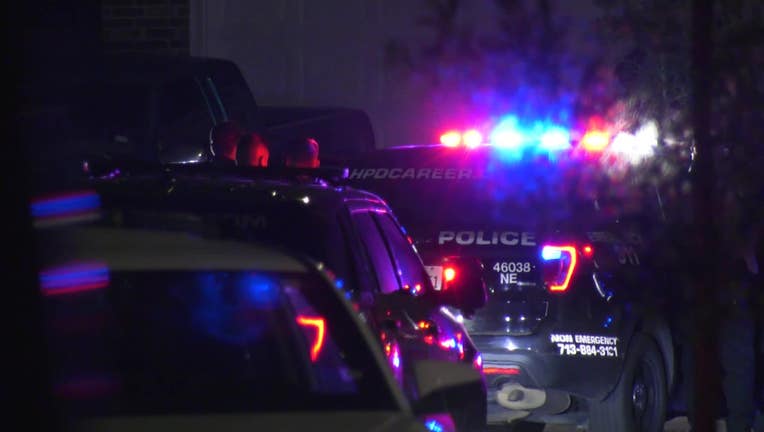 The Houston Police Department says a man was taken into custody after a SWAT standoff on J C Oaks Circle.

HOUSTON - A man who led officers on a pursuit with a baby in his vehicle was taken into custody after a SWAT standoff early Monday morning, Houston police say.

The incident began around 1:20 a.m. when officers responded to a report of an assault in the 8800 block of JC Oaks Circle.

According to HPD, officers were on their way to the location when they learned that the suspect was fleeing the scene with a baby in his vehicle.

Officers tried to conduct a traffic stop, but the suspect took off and led officers on a 15-20 minute pursuit that ended back where it began on JC Oaks Circle, police say.

Authorities say the suspect stayed in his vehicle with the baby, and they tried to negotiate with him. SWAT and hostage negotiators responded to the scene.

After some negotiation, police say, the suspect came out of the car with the baby, handed the baby to officers and surrendered. Authorities say they don’t believe the man had any intention of harming his baby.

According to HPD, the man had open warrants for felony evading and misdemeanor DWI. Charges are pending for the incident on Monday morning.