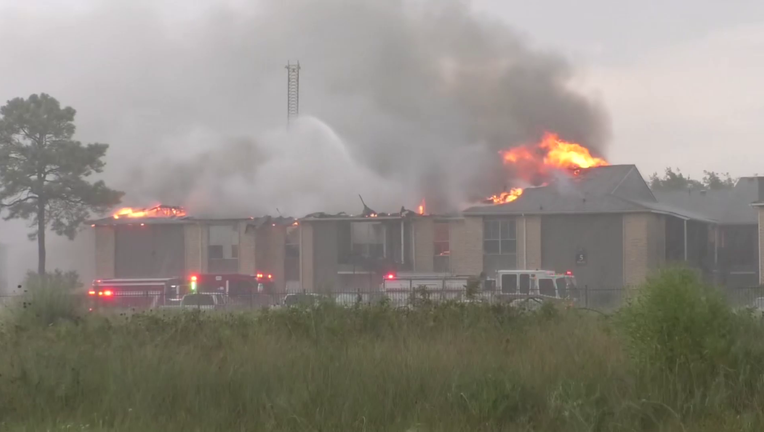 WEBSTER, Texas - The Houston Fire Department was called to a fire at an apartment complex in Webster, where more than 50 Clear Creek ISD students reside.

It happened just before 5 p.m. when crews were called to a 2-alarm fire in the 200 block of El Dorado Blvd. This was after responding firefighters encountered heavy flames from one of the apartment buildings.

An official with Clear Creek ISD confirmed 52 of their students live in that apartment complex, but no initial injuries were reported. Social workers were called out to assist any families affected by the fire and CCISD Cares, which provides assistance to students impacted by disasters is helping raise funds for families in need.

Meanwhile, at last check, officials were unable to confirm what caused the fire, but an investigation remains underway.

To help families affected by the fire and make a donation, click here.