A Houston couple's dreams were almost dashed when the groom had to be rushed to the hospital on their wedding day. His doctor at Memorial Hermann took on new job duties, becoming a wedding planner right there in the emergency room!

HOUSTON - Frank and Timeka still can't believe they're married, after postponing their engagement and almost their wedding because of Frank's heart problems.

It all began 10 years ago when Frank suffered congestive heart failure. He was only in his 30s.

His bride believed long before her vows, she'd stick together through sickness and in health.

"I feel that the Lord has put up me in his life to help him to get to a point where he's at now," states Timeka.

Frank has a heart pump and implanted defibrillator that was on standby 24/7, to jump-start his heart, if needed. He never imagined it would jump into action on his wedding day.

"I stopped and got an espresso, ended up getting a double shot and it cost me," says Frank.

After the defibrillator shocked Frank, an ambulance rushed him to Houston's Memorial Hermann Hospital.

"He is having this lethal electrical disturbance of his heart, and at the same time he's telling me that today's his wedding day, and he's been waiting for this for a long time. And how do you want us to proceed with this? And I kind of stopped and I said, ‘Oh no, this is not supposed to happen.’ The man had been waiting for a year-plus for this joyous moment to happen. And then here he is, is critically ill and how is his fiancée going to take it," questions Dr. Sriram Nathan, who is Nathan's doctor and an Advanced Heart Failure Cardiologist at Memorial Hermann and UTHealth.

Tamika was busy preparing for her dream wedding, scheduled for later that day.

Dr. Nathan had been treating Frank for years and understood how important this wedding was to him, so he quickly put plans in place.

"We need to get him back to his own rhythm, the God-given rhythm, so that he will be stable enough to go through the ceremony, so we cardioverted, a medical term of jump-starting his heart and got him back. And then afterwards, things all fell into place," explains Dr. Nathan.

Everyone sprang into action to make the wedding possible, right there at Memorial Hermann Hospital.

"The emergency room physicians and the nursing staff went above and beyond! They were able to try to get the chaplain there and all the necessary people who are supposed to be there and the wedding happened in the emergency room, and I was so happy for him," says his doctor. 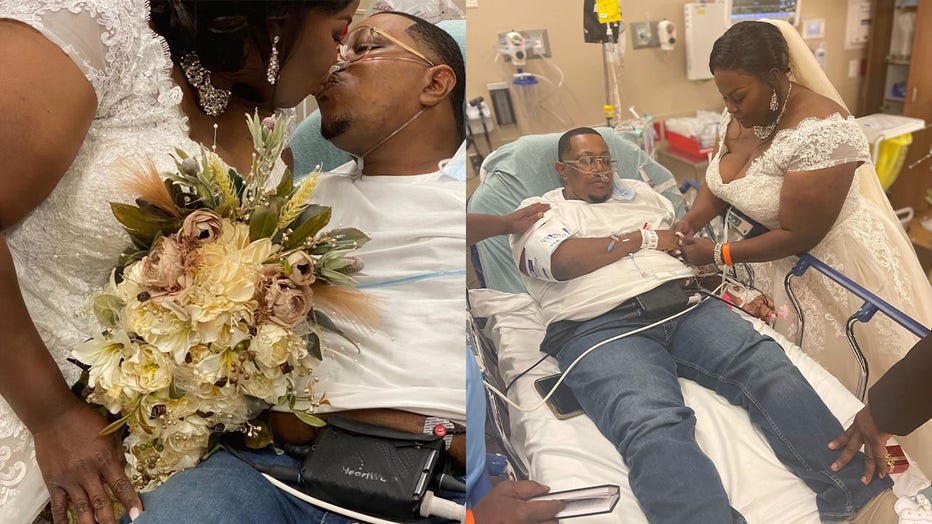 All of this took place when COVID numbers were at their lowest, so Frank was allowed a few visitors. Frank's uncle served as their pastor.

Tamika went on to the reception to greet her guests, only twenty minutes away and Frank stayed in constant communication from his hospital bed.

"Every time I turned around, somebody had him on FaceTime, so that's how he was able to completely see the whole thing," says Tamika. 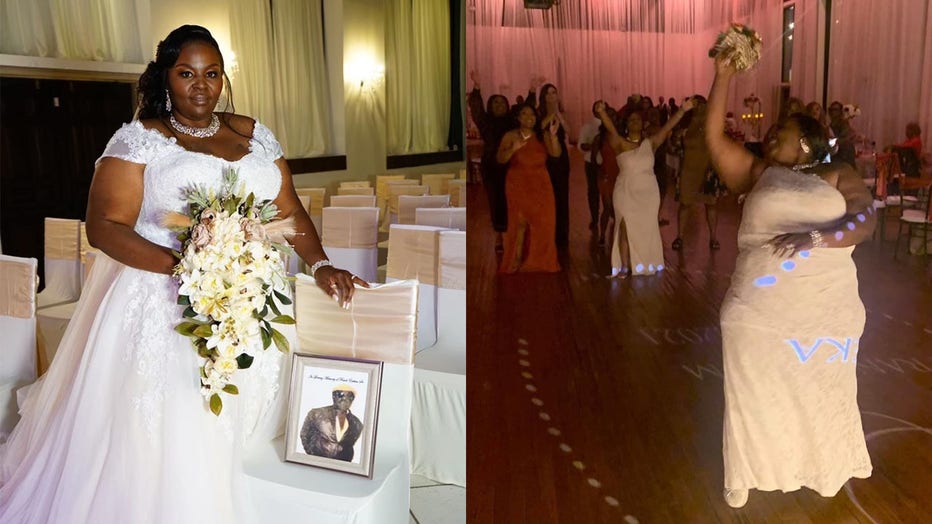 "Our emergency room was busy, but we just said, you know what, for this person, it was important. It's been a year and a half struggle for them. So, let's just make simple things happen for him and get some happiness in the whole ER during the day and they were so happy for him.  It's just a feel-good experience, that's what it's all about," states Dr. Nathan.

Fact or myth: Do changing temperatures make you sick?

"God's been good. He has renewed me and brought me back to my senses. The people at Memorial Hermann have been great, Dr. Nathan and the whole staff, they've been great, and they've been working with me to achieve my health goals," says Frank. "That's what community is all about, what society is all about, helping one another, making something happen for one another, so that we uplift people when they're really down," says a supportive Dr. Nathan.

Dr. Nathan hopes Frank will qualify to be put on a heart transplant list soon. He underwent bariatric surgery and has lost more than 100-pounds, which will help him get closer to that goal.

MORE: Katy man dies at gym but colleagues bring him back to life from sudden cardiac death