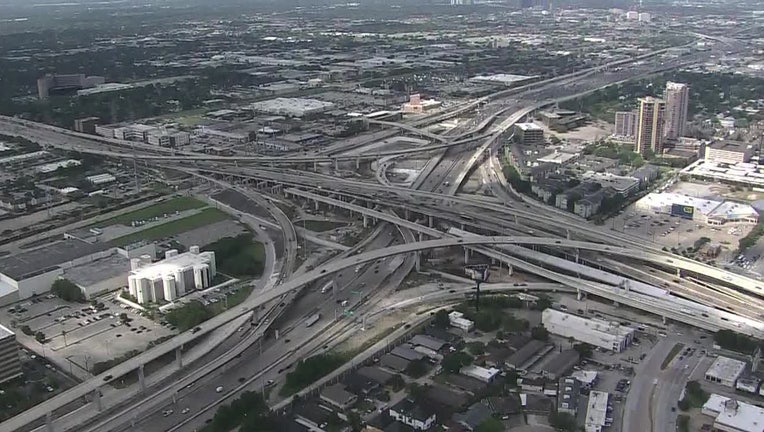 The I-610 West Loop/ I-69 Southwest Freeway interchange in Houston.

HOUSTON - A major connector ramp closure will affect Houston drivers for the next two years.

The I-69 Southwest Freeway southbound connector ramp to I-610 West Loop southbound will close beginning at 9 p.m. on April 29. It will remain closed until 2024.

The closure is part of the ongoing $259 million I-610 West Loop/ I-69 Southwest Freeway interchange project that began construction in 2017.

Another closure that begins next week will also affect drivers in the area for two months.

At 9 p.m. on May 6, crews will close the I-69 Southwest Freeway southbound exit ramp to Chimney Rock. The closure is expected to last for two months.

TxDOT advises drivers to take the Fountain View exit ramp and U-turn at Fountain View onto the I-69 northbound frontage road to reach Chimney Rock Road.