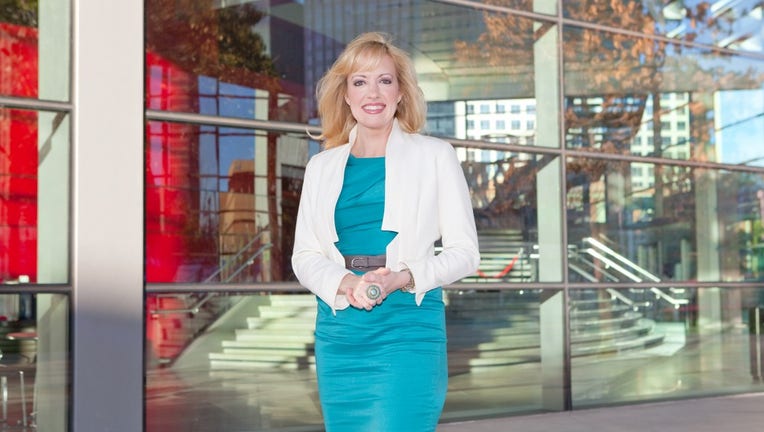 HOUSTON - A great business person is someone who knows how to hustle and Lisa Endicott, an entrepreneur, communications expert, and founder/president of Endicott PR, has been mastering these skills for more than 20 years.

As a public relations expert, she’s had the good fortune of working with well-known figures across the country. Most recently, her firm represented Cirque du Soleil’s Alegria tour in Houston. And with the knowledge, she’s acquired, Endicott is working to pass the lessons on to other aspiring women in the business world.

During an interview, Endicott explained how growing up, she was surrounded by influential women, especially her mother.

"My mom was a stay-at-home mom for the first five years of my life and [after] she went through a divorce, her first job that she found was in Dallas, Texas working for Curtis Mathis of Curtis Mathis Television. And she decided to do that job, as well as go to real estate school," she explained. "So really my mother and my aunt, her sister were my entrepreneurial role models."

For Women's History Month, FOX 26 is profiling strong ladies in Houston building bridges and creating opportunities for others. Meet Lisa Endicott, co-founder and president of Endicott Public Relations is to empower other women in the business world to be self-sufficient in a traditionally male-dominated industry.

As a child, Endicott adds that she spent a lot of time working with her mother, but really just had a collective number of hardworking women around her.

"I would also say both of my grandmothers and my boss in college, they've all I've had these strong female entrepreneurs around me from a very young age," she said.

One of her first serious jobs was while she was in college and getting involved in the university’s newspaper and radio station.

"Just being a student [sic] while I was grateful to have the opportunity, it wasn't enough for me, so I was working," Endicott explained. "Instead of joining a sorority, while I know that that provides great connections for young people, I got involved in student media."

After working a series of other jobs after college, her heart was to have a career in journalism, where she sadly experienced some hardship.

"In my heart of hearts, broadcast journalism was what I wanted to do. Unfortunately, I experienced some harassment while I was in the biz, so, you know, talking about obstacles," she explained. "While I met a lot of amazing people and people to this day, that who are still my mentors, and friends, it was an environment where women didn't always help women because there were a few women out there."

However, Endicott learned to turn that toxicity into an opportunity and ultimately decided it was time to be her own boss.

"I treasure everything that I learned, you know, in, in that industry, it was such that the job that was available for me was one that I was not going to take because it was a toxic atmosphere," she said. "So when that happened to me, I thought, well, I have a journalism degree. I love writing. I've met a ton of media people who I count as my friends and my mentors. I have an entrepreneurial background through my family and close circle. So my mom started her own real estate company. ‘Why don't I start my own [company]?’"

While initially unsure what type of company she would have, Endicott looked to combine her talents and her passion, to what eventually would evolve into a Public Relations firm representing different companies and figures from sports, entertainment, and the hospitality industry. Through these efforts, she was able to assert herself as a reckoning force in several traditionally male-dominated fields.

"By starting my own thing, I kind of started at the top and then, you know, worked my way out from there, which was interesting," Endicott noted. "You have to have no fear you; you can't try to be like the men and do what the men do. You have to be yourself, you have to insert your womanhood (if you will) and that is, I believe, uplifting and improving the atmosphere by being great at wearing many hats."

In her capacity as a leader, Endicott says she’s been able to work with a strong team of employees and have her vision of empowering all women to be self-sufficient and set them up for fulfilling careers come to life.

"I've had the great fortune of employing women and helping them you know, whether they're right out of college or whether they're already in the midst of their career," she explained. "So giving them the floor, giving them the platform to speak, be it at a client meeting or staff meeting. So I'd say number one as an employer, I've helped women and we employ women and men. It's just that people you know in special events and PR it's there are more females than males from, from my experience."

Additionally, Endicott says she’s been able to help represent clients and help get their businesses off the ground.

"I've helped a lot of women personally and professionally start a business," she said. "Some women have, they've emigrated to the U.S. for the first time, I have a longtime client, who's a fashion designer, and she's from South Africa, it took her 12 years to get her Visa in the state…and [in that time,] she was paying it forward by helping young, novice designers, Texas designers, U.S. designers in her stores before she became a [professional] designer herself."

Her biggest joy, however, is being able to encounter so many interesting people and the educational aspect of her career.

"I love all the people that I meet in the media, in the companies, the people with which I get to employ, I learned so many different things; I've learned other languages, I've learned other cultures, I've learned other traditions, learned about food, learned about travel," Endicott noted. "For me, public relations is ‘people relations,’ you've got to listen, you got to listen, well, you have to, you know, make someone feel better after they've been in your presence, or, or had the help of your firm, and they felt when they started out. I think that's hugely important."

Her message to other young women aspiring to enter the entrepreneurial world is to be courteous to others and embrace what makes us, and other people, special.

"Be yourself," Endicott concluded. "No matter what and be that as perfectly as you can. And really don't be afraid to stand apart. It's not about it's really not about likes and follows. It's about how you treat people."