HOUSTON - The man charged for a violent robbery at a Houston auto shop has received bond, despite being out on bond for another crime during the vicious attack.

Andrew Garza is charged with two counts of aggravated robbery with a deadly weapon for the brazen act caught on camera at EntireX on Houston’s north side on March 29.

Garza was out on bond for a criminal mischief charge, according to court documents. 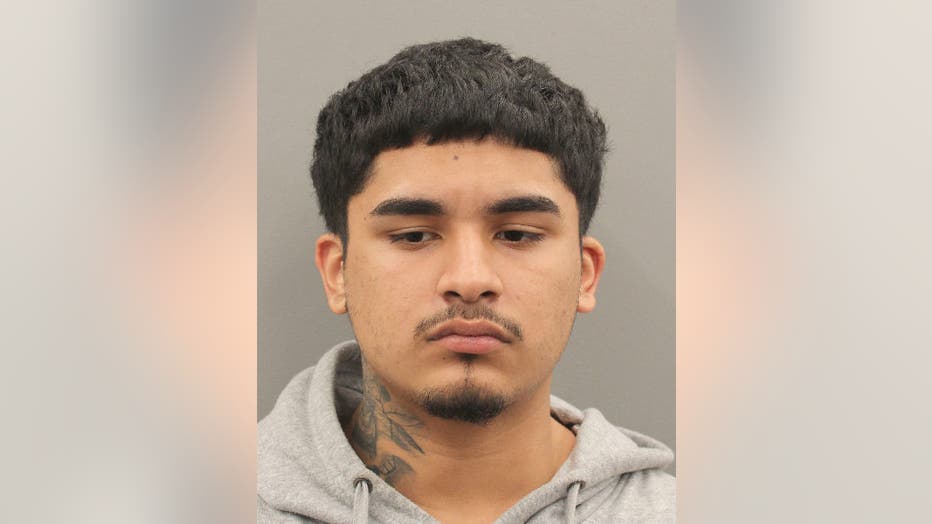 Andrew Garza, 20, is charged with two counts of Aggravated Robbery with a Deadly Weapon for a violent attack on a Houston tire shop.

His victims are fearful of retaliation.

"If he can bond out within three to five days after being in there, that shows our justice system needs help, and it gives us a reason to be fearful," said Myke Hastings, the owner of EntireX.

Hastings' brother and wife were the victims of the violent robbery.

Steven Hastings was pistol-whipped in the incident and Shyla McComb had a gun pointed to her head.

Garza was set to appear in court Friday morning, but FOX 26 has learned he is in medical, so his appearance has been postponed to Monday.

The suspect had two accomplices that day who were also captured on surveillance video. Officials say they are still on the loose.

Sheriff Ed Gonzalez says more charges are pending for Garza, who is believed to be behind another violent robbery at a nearby auto shop.

READ MORE ON THE VIOLENT ROBBERY AT EXCLUSIVE DTS

A violent robbery was caught on camera at an auto body shop in Houston.