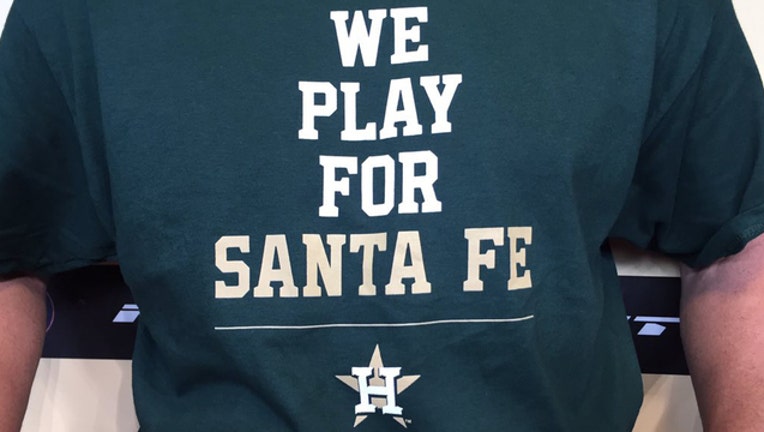 HOUSTON (FOX 26) - The Houston Astros are showing their support for the victims of the Santa Fe High School shooting.

The team announced on Tuesday that for the two-game series against the San Francisco Giants, all proceeds from the Astros Share2Care 50/50 Raffle will benefit the Santa Fe Strong Memorial Fund.

Astros players will also be wearing "WE PLAY FOR SANTA FE" T-shirts during batting practice.

Other sports teams and athletes have been honoring Santa Fe.

Houston Texans star JJ Watt made national headlines after announced that he would cover the funeral expenses for the victims.

All players from the Houston Dynamo and the Houston Dash will take part in a private community event Tuesday night in Santa Fe for the high school students. The Dynamo and Dash players will give the students free tickets for the Dynamo-NYC FC game Friday night at  BBVA Compass Stadium.

At Friday's game, the Dynamo will hold a ceremony in honor of the victims of the Santa Fe High School massacre.