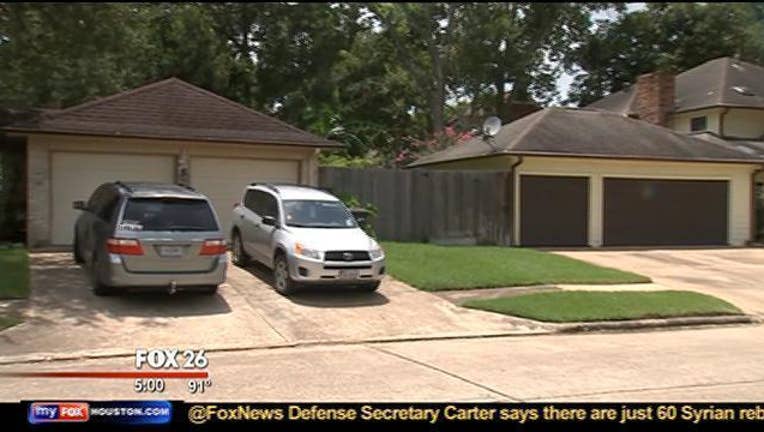 Violent crimes in upscale neighborhoods are hardly routine, and neighbor Don Hope says that nothing about this shooting was routine, or random.

"This is a very safe neighborhood. These were not random actors. This was a targeted assault." he insisted, saying his opinion was based on numerous conversations with the victim about threats he'd been getting over the phone.

The Ft. Bend County Sheriff's Department says around 2 AM the homeowner, who neighbors identify as Paul Germany, was tinkering in his garage and smoking a pipe. The door was open. Two men approached. One had a gun and ordered him to the ground.

"He didn't cooperate with the order and he ended up in a struggle with the suspect. During the struggle the gun went off and he was hit in the shoulder. " said Ft. Bend County Detective Jeff Martin.

When his attackers fled Germany grabbed his gun and fired at them. It's not clear if they were hit. News of the shooting touched off chatter on the Pecan Grove Facebook page. Did it have anything to do with his being a former Stafford cop fired for theft? He was eventually acquitted. Who was behind this? Why? All good questions with no good answers. But Hooper remains confident about one thing.

"We still feel this is a very safe neighborhood. That was not a random act. It was a targeted assault. "

Ft. Bend Deputies confirm the threats and say they had put the house under close patrol since Germany told them about the calls