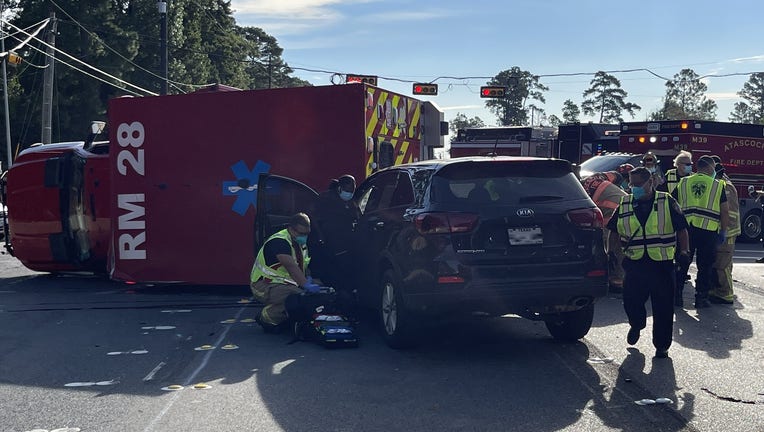 ATASCOCITA, Texas - A Houston Fire Department ambulance with a patient inside overturned during a multi-vehicle crash in Atascocita, officials say.

The Atascocita Fire Department responded to the scene. Images shared by AFD show the ambulance on its side.

According to AFD, the HFD ambulance crew was able to extricate the patient from the ambulance before additional first responders arrive on the scene.

The patient was transported to the hospital in another ambulance.