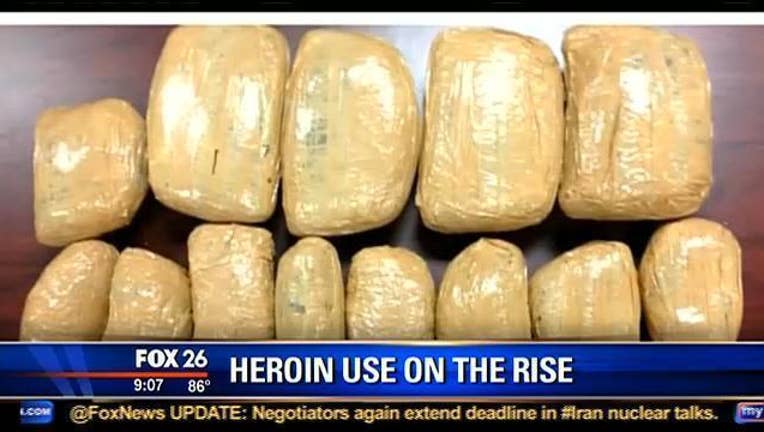 New numbers coming out of the US Centers for Disease Control and Prevention show a dangerous drug is reaching new highs.

Heroin use and overdose deaths are skyrocketing all around our country and right here in Houston.

According to a report released by the CDC on Tuesday: Heroin use in the US has more than doubled since 2007. When asked, 500,000 people said they had used heroin in the past 12 months.

It's a shocking 150 percent increase in just six years.

Because the street drug is cheaper than prescription pills, the CDC reports Heroin-related deaths nearly tripled between 2010 to 2013.
It's enough for health leaders to call this unfortunate trend a 'drug epidemic'.

Recovery experts say it all stems back to our increased use of painkillers. Pill popping can lead many down a much more dangerous path.

The CDC also reports white people between the ages of 18 to 25 are among the biggest increase in users.