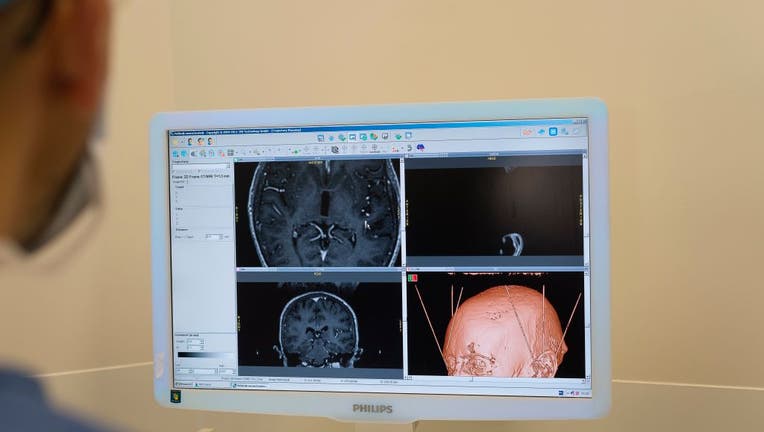 People who have survived a heart attack are 20% less likely to develop Parkinson’s disease according to a new study.

Scientists in Demark published their findings in the Journal of the American Heart Association.

The researchers looked at the healthy registry from the Danish National Health Service. They studied about 182,000 patients who had a first-time heart attack between 1995 and 2016 and looked at the risk of Parkinson’s disease and secondary parkinsonism, when symptoms similar to Parkinson's disease are caused by certain medicines, a different nervous system disorder, or another illness, according to MedlinePlus.

The average age of the patients was 71 years old and were mostly men.

Researchers then compared the cohort to more than 909,000 participants, who served as a control group.

84-year-old with Parkinson's flies once more

An 84-year-old former pilot who has Parkinson’s disease found herself in a familiar place: in the cockpit of a plane thanks to a fellow aviator. (Credit: Earl Gage via Storyful)

"We have previously found that following a heart attack, the risk of neurovascular complications such as ischemic stroke [clot-caused stroke] or vascular dementia is markedly increased, so the finding of a lower risk of Parkinson's disease was somewhat surprising," said lead study author Jens Sundbøll said in a news release. "These findings indicate that the risk of Parkinson's disease is at least not increased following a heart attack and should not be a worry for patients or a preventive focus for clinicians at follow-up."

Scientists said some behaviors of heart attack patients are linked to a lower chance of getting Parkinson’s. They said some classic risk factors for a heart attack—such as smoking, high cholesterol, high blood pressure and Type 2 diabetes—are associated with a lower risk of Parkinson's disease.

"In general, more heart attack patients smoke and have elevated cholesterol, either of which may explain the slightly reduced risk of Parkinson's disease among heart attack survivors," the study's authors noted.

Researchers said their findings could help doctors narrow their focus in how to rehabilitate heart attack patients.

"For physicians treating patients following a heart attack, these results indicate that cardiac rehabilitation should be focused on preventing ischemic stroke, vascular dementia and other cardiovascular diseases such as a new heart attack and heart failure, since the risk of Parkinson's appears to be decreased in these patients, in comparison to the general population," Sundbøll said.

According to the Mayo Clinic, Parkinson's disease is a progressive nervous system disorder that affects movement. Symptoms start gradually, sometimes starting with a barely noticeable tremor in just one hand. Tremors are common, but the disorder also commonly causes stiffness or slowing of movement.

There is no cure for Parkinson's disease, and it is also associated with behavioral changes, depression, memory loss and fatigue.