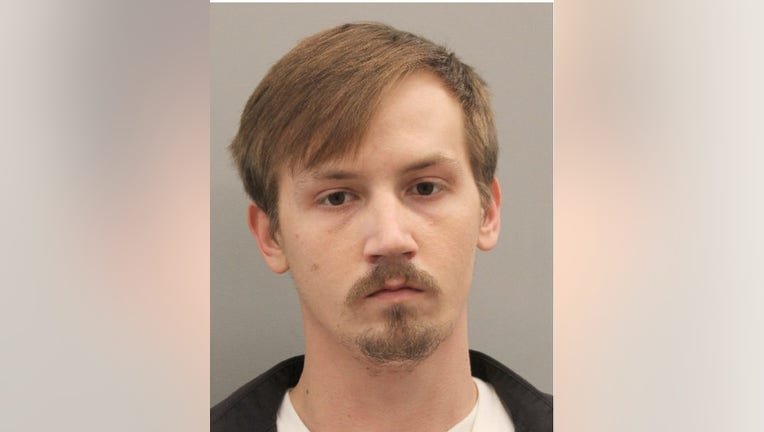 A Spring Branch apprentice plumber was sentenced to 25 years in prison for molesting a 4-year-old girl in her family’s living room while at the home on a job in 2018, the Harris County District Attorney’s Office said.

Brandon Joseph Bonds, 26, pleaded guilty on Monday to aggravated sexual assault of a child, a first-degree felony, instead of facing a jury in a trial, officials said.

"It’s every parent’s worst nightmare to have a stranger violate the sanctity of a family’s home and abuse a small child, and I’m proud we were able to get justice for this little girl," District Attorney Kim Ogg said.

The incident occurred on August 25, 2018, while Bonds and his boss were working on a garage apartment at the victim’s family’s home. Officials say the girl was in the living room watching television..

In a news release, the DA's office said that the father asked the master plumber to come check on an upstairs bathroom and locked the back door, leaving Bonds outside.

Bonds got the girl to unlock the door, molested her, and then went upstairs – where the girl’s father asked him how he got in, according to the DA’s office.

The girl told her parents what happened after the plumbers left. She was taken Texas Children’s Hospital where she was examined by a sexual assault nurse examiner, who collected evidence and interviewed the girl.

The DA’s office says evidence against Bonds included DNA from the victim’s body and forensic evidence from his phone that showed that he recorded the incident on video.

Even though the video was deleted, officials say investigators with the District Attorney’s Digital Forensic Investigations Unit were able to recover evidence that it existed.

"Of all the child abuse cases I’ve seen, this is one of the worst because that 4-year-old was watching cartoons in her living room, with her parents at home, and it should have been the safest place in the universe for her," said Assistant District Attorney Preston Burns, who prosecuted the case. "But he was able to get to her and do something terribly, horribly awful to her."