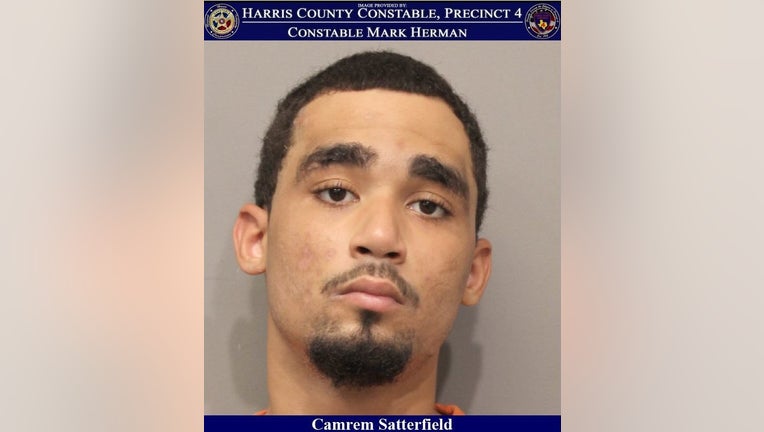 According to a release, Camrem Satterfield, 22, was arrested on Wednesday afternoon.

According to Constable Mark Herman, deputies responded to a home in the 11700 block of Birch Run Lane to execute a felony warrant on Satterfield.

Deputies were able to quickly surround the home and with the assistance of the K-9 Division, they were able to locate and apprehend Satterfield who was hiding in the attic.

Herman said that Satterfield was booked into the Harris County Jail for the felony warrant.