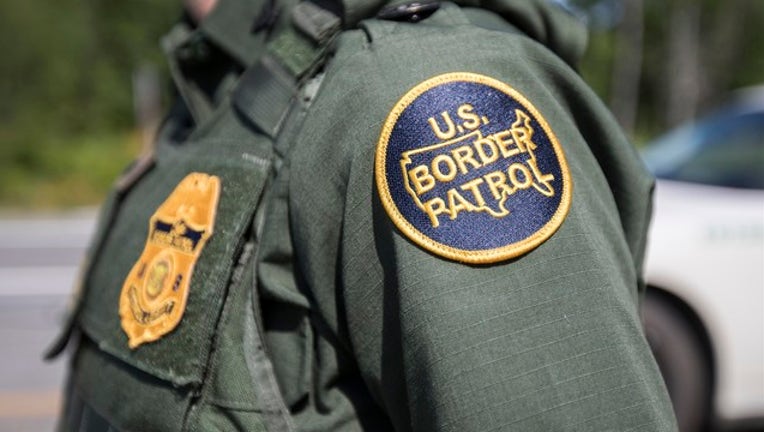 A patch on the uniform of a U.S. Border Patrol agent at a checkpoint. (File photo by Scott Eisen/Getty Images)

According to the U.S. Customs and Border Protection, the girl and her father were part of a group of 39 people who illegally crossed the Colorado River near Yuma on Wednesday. The group consisted of illegal immigrants from Guatemala and Honduras.

The child and her father were quarantined from the other migrants and the Yuma County Health Department was notified, per protocol.

On April 16, the mayor of Yuma declared a state of emergency as a result of the number of migrant families being released from Border Patrol custody into the city.

Officials say the Yuma sector is more than double its detention capacity with more than 1,000 illegal immigrants in custody. Most of those in custody are family groups and unaccompanied minors from Central America.

Editor's Note: This story has been updated from our earlier version, where
U.S. Customs and Border Protection stated the child was diagnosed with measles.