The Austin Black Lives Matter group is calling for a Round Rock police officer's badge after he was seen putting a student in a chokehold.

Kashka Hughes never thought he would see his son in this situation.

“This is actually the first altercation that he's ever been in in his life,” Hughes said.

A video from Oct. 8 shows a Round Rock police officer putting Hughes' 14-year-old son Gyasi in a chokehold. Hughes says the incident happened after he and another student got into a fight over his goggles.

“The Round Rock police officer definitely fell short of following his goals and his oath that he swore to,” Hughes said.

Saturday the Austin “Black Lives Matter” movement held a protest outside of the Round Rock Police Department, calling for officer Rigo Valles to be placed on leave, or ultimately fired.

The Round Rock Police Department says they were forced to detain Hughes when he would not calm down.

“Being in an environment where you know that you're working with children, there's no reason to approach a child in that manner,” Hughes said.

The demonstrators held signs and attempted to get inside of the building to talk with the police, but were not successful. Hughes says ultimately he wants not just a change in attitudes, but changes in policies.

“We're hoping the police department does the right thing, as well as the necessary policies and procedural changes happen on the Round Rock side as well as within Round Rock I.S.D.,” Hughes said.

“Let's see the intelligence and decency, there's none when you're choking a kid out at school,” Reyes said.

Kashka and his son are pressing charges against the officer. 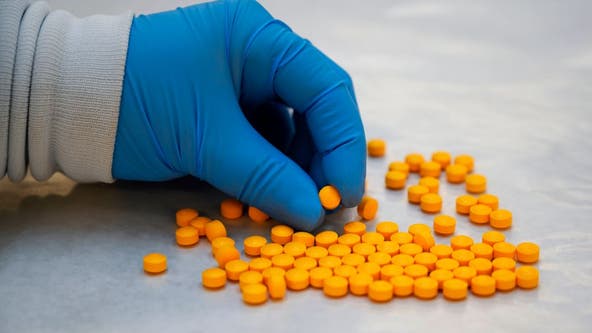