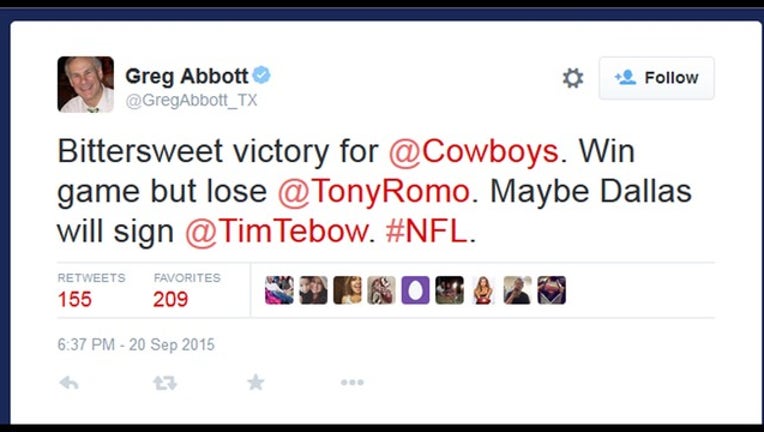 The thought of this came into existence when the Dallas Cowboys starting quarterback Tony Romo went down with an injury against the Eagles. Backup Brandon Weeden finished the game for the Cowboys and didn't look that bad doing it. But, Cowboys fans often look to make a splash and this splash came from Texas Governor Greg Abbott.