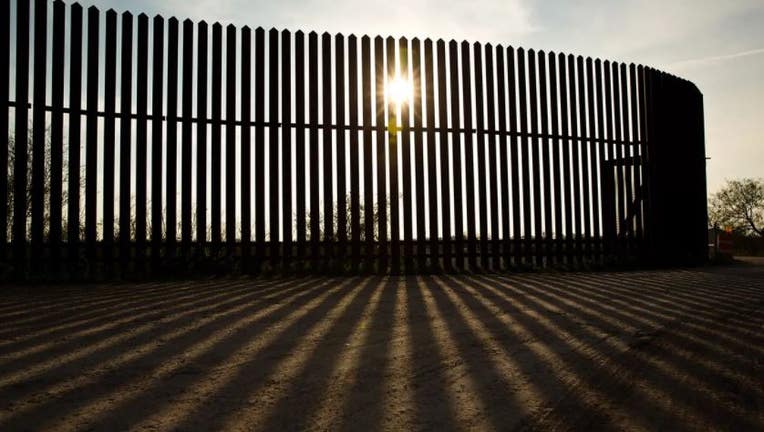 A segment of border fence in the Rio Grande Valley. Gov. Greg Abbott says Texas will build its own border wall, although he hasn't provided details about where it would be built and how the state would pay for it. Credit: Callie Richmond for The Texa

AUSTIN, Texas - Gov. Greg Abbott’s announcement Thursday that Texas would build a border wall to stem the flow of migrants through its southern border has sparked denunciations, confusion and threats of legal action.

"States don’t have authority over immigration and our borders, that’s a federal authority," said Domingo Garcia, national president of the League of United Latin American Citizens. "It’s not constitutional and we’re planning to challenge it in court once we see the final order."

At a self-styled border summit in Del Rio, Abbott announced that he would unveil plans next week for the state to begin building a border wall but gave no additional details on where it would be built or how the state would pay for it.

Former President Donald Trump ran on the promise of building a wall along the U.S.-Mexico border. The Trump administration completed 458 miles of the border wall, according to U.S. Customs and Border Protection statistics from this year, including in parts of Texas, but the federal government faced multiple lawsuits over its construction.

Trump also promised that Mexico would pay for the wall. Instead, American taxpayers paid for the $15 billion project, which included repairing existing border walls and new construction. Still, Trump supporters have continued to call for its construction.

Democratic state Rep. Mary González of El Paso, who sits on the Texas House’s budget writing appropriations committee, said the Legislature did not allocate money in its $250 billion budget for a border wall. She said immigration enforcement is not a state job, but a federal one.

State lawmakers allocated $1 billion for border security in the state budget, but González said most of these funds go to the Texas Department of Public Safety.

"The Democratic caucus has always been clear that this is a misuse of funds," González said.

For years, Abbott, a second-term Republican, has made cracking down on immigration and tightening border security a cornerstone of his governorship. But he’s resisted calls by some on the right wing of his party to use the state’s authority to build a border wall — until now.

Don Huffines, a former Republican state senator from Dallas who is challenging Abbott in next year’s primary elections, mockingly thanked the governor for adopting an idea that Huffines initially championed.

"I would like to thank ‘all talk, no action’ Greg Abbott for joining my campaign by admitting that as governor he’s had the power for the last seven years to close down the Texas border, and has refused to do so," he said in a statement.

But migration experts said it remains unclear what authority Abbott has to fulfill his promise.

"Immigration authority largely falls under the federal government level and there has been legislation after legislation that has supported that framework," said Ariel Ruiz, a policy analyst for the Washington-based Migration Policy Institute. "Even if there were legal avenues for Texas to do [this], it’ll end up in a number of legal issues for sure."

LULAC has already threatened to file a lawsuit and an official with the ACLU of Texas said the group is exploring all options in response to the governor’s immigration enforcement plan.

Aside from questions of legal authority, Ruiz said Abbott should consider whether unilateral action on a border wall will achieve his goals of a more secure border.

In recent months, Abbott has blamed the Biden administration for the increase in border apprehensions this year, as well as for an increase in fentanyl seizures on the border that he’s labeled a "crisis."

Last month, Abbott said state authorities had already seized 137 grams of the illegal drug in 2021, compared to 52 grams for all of last year and virtually no fentanyl seizures between 2017 and 2019.

But Ruiz said building a border wall is not an efficient way to tackle either of those problems.

"It didn’t work under Obama, it didn’t work under Trump and it’s likely not to work going forward. It boils down to this: the U.S.-Mexico border needs solutions from both sides," he said, adding that Mexican officials aren’t likely to support a new wall-building initiative on the border. "Any policy that just happens on one side of the border is not going to be successful if it’s not having a similar response on the other side."

Advocates for immigrants and asylum seekers said they also opposed some of the other immigration enforcements Abbott announced on Thursday. Among those was an order for DPS troopers to arrest immigrants who enter the country illegally for trespassing.

Critics say such a move criminalizes asylum seeking and could lead to family separations like those seen under the Trump administration.

Although it is estimated that over 2,800 families were separated in 2018 under Trump’s zero-tolerance policy, the actual number of families separated was much higher. Lawyers said about 1,500 children were taken from their parents in 2017.

There were 180,034 border crossings last month, compared to fewer than 25,000 border crossings in late 2020, according to data from the U.S. Customs and Border Protection. During the Trump administration, the highest recorded number of apprehensions was nearly 150,000.

Garcia of LULAC said Abbott’s border wall announcement was misguided "political theater" that was aimed at setting himself up for a potential presidential run in 2024 rather than fixing problems in the state like boosting public education funding or shoring up Texas’ power grid.

"Trump never built a wall, Mexico didn’t pay for it and Abbott’s not gonna build a wall," he said. "The only thing Texans are gonna pay for is a waste of taxpayer dollars on legal bills."