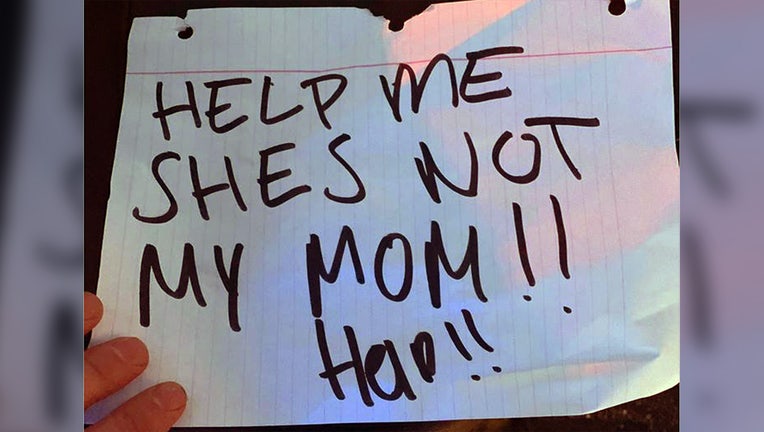 SACRAMENTO, Calif. - Six California Highway Patrol units sped to the scene of what they thought was a possible child abduction Saturday after a driver saw a little girl’s plea for help.

From the back seat of a vehicle, a child held a handwritten message scrawled on a piece of notebook paper. In all capital letters was written, “HELP ME SHES NOT MY MOM!! HELP!”

Troopers from two jurisdictions, including a K-9 unit, raced to catch up with the vehicle and conducted a “high-risk enforcement stop,” but all they found was a likely terrified mother driving with her daughter in the back seat.

The little girl’s age was not released.

In its Facebook post, CHP said parents “need to be aware of what their children are doing in the back seat at all times,” adding the six CHP units assigned to the incident could have spent the time responding to “legitimate calls.”