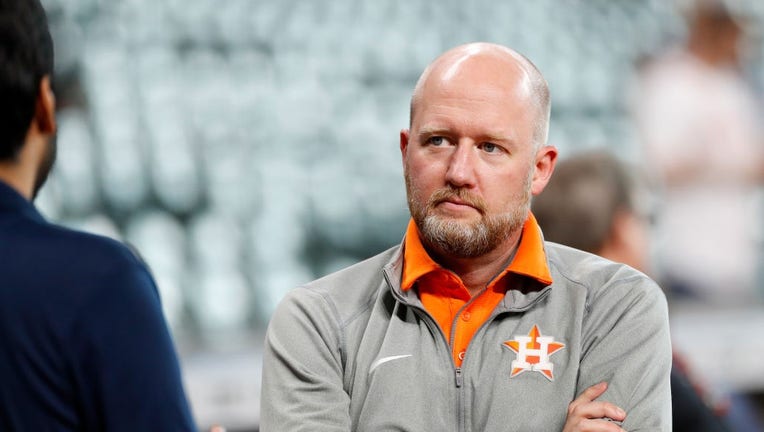 FILE PHOTO. General manager James Click of the Houston Astros speaks with media before the game against the Tampa Bay Rays at Minute Maid Park on September 30, 2021 in Houston, Texas. (Photo by Tim Warner/Getty Images)

Astros owner and chairman Jim Crane announced Friday that the Astros and Click would not enter into a renewal for the 2023 season.

"We are grateful for all of James’ contributions," Crane said in a statement.  "We have had great success in each of his three seasons, and James has been an important part of that success.  I want to personally thank him and wish him and his family well moving forward."

Click was hired from the Tampa Bay Rays before the 2020 season.

Officials say further announcements about the structure of the Baseball Operations department will come at a later time.

Click said Tuesday at the general managers meetings in Las Vegas that his contract expired Oct. 31 and the situation had not been addressed.

He also said that he was given little advance notice of Wednesday’s news conference, where the Astros announced that manager Dusty Baker was coming back on a one-year contract.