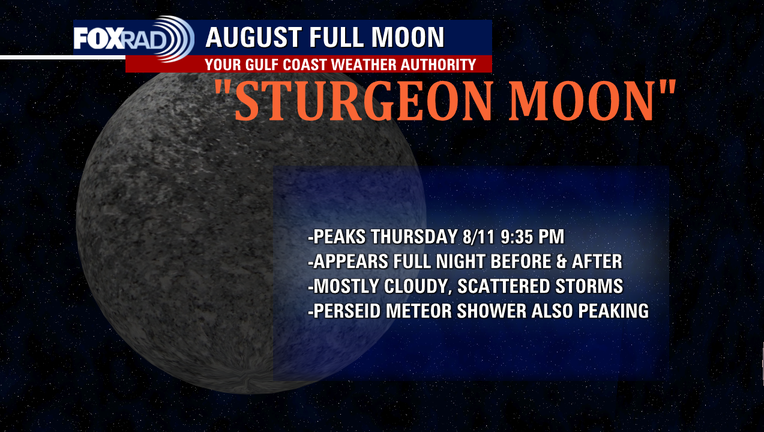 HOUSTON - Our August full moon peaks on Thursday around 9:35 p.m.

Other names for the August full moon include Grain Moon, Corn Moon, and Lightning Moon.

The Grain and Corn references are due to the fact that harvest season is approaching. The Lightning reference is due to frequent thunder and lightning from late summer storms, which will be fitting for our local forecast through the next few days.

Due to the brightness of the full moon, and the cloudy and stormy skies, the Perseid meteor shower, which peaks over the next few days, will be difficult to see. 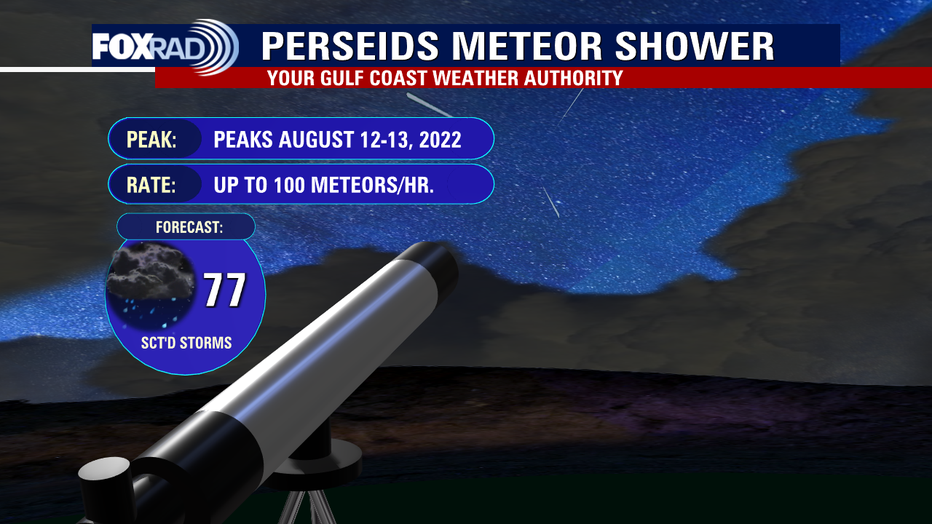 Light pollution near urban centers will also hinder viewing. However, if you are in a rural area and lucky enough to get some clearing periods overnight between Wednesday and Saturday, look toward the northeast sky.

MORE: Perseid meteor shower peak: When and where you can see it

Viewing conditions are best in the wee hours of the morning between about 1 a.m. to 5 a.m.

One thing we can count on is lightning lighting up the sky for the next few days with multiple rounds of helpful rainfall.

Get the latest Houston-area weather forecast for a timeline of when you can expect to see rain, and how much, by clicking here.