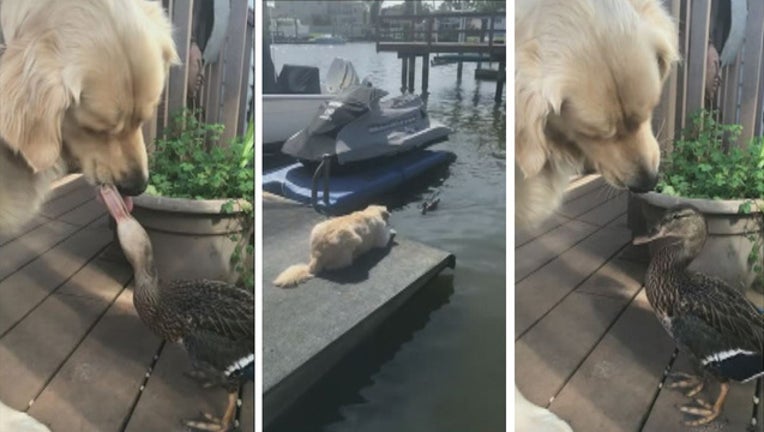 OCEANSIDE, N.Y. (FOX 13) - An unlikely friendship has formed between a dog and a duck.

The Bentsen family in New York said their golden retriever, Brody, and a duck formed an unusual, but adorable bond. The bond is so tight that when the duck goes out for a swim in the canal, Brody is right behind her, squatting down, waiting for the duck to return to land.

Ever since then, Brody and the duck have been inseparable.