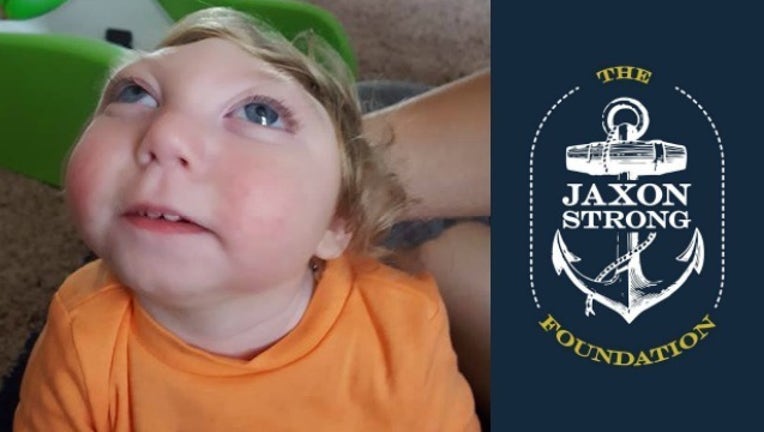 A foundation has been created in honor of an amazing little boy who has been defying the odds ever since he was born with an extreme incurable brain malformation.

Jaxon was diagnosed with microhydranencephaly after he was born in Orlando, Florida in 2014. His parents were told he might not survive past birth.

He’s now 20-months-old and will celebrate his second birthday in August.

The Jaxon Strong Foundation was established to raise awareness and funds for neurological research, to advocate for individuals living with disabilities and to share the belief that every life has value and purpose.

The non-profit will donate funds to medical and supporting organizations that are directly linked to the foundation’s focus.

“His growth and progress continues, against incredible odds, and he has one amazing story,” his parents said on Facebook last week. “He deserves the best life anyone could ever give him, and we celebrate his life every single day.”

Jaxon’s parents constantly upload photos to Facebook, sharing details of how far their son has come.

“We were once told by a medical professional that everything Jaxon does is 'involuntary' because of his diagnosis. If you have followed his story and the pictures and videos we post for him, Jaxon's progress is undeniable and is proving more and more every day how much he is actually accomplishing.”

Earlier this month, Jaxon’s parents shared a video of him trying to crawl.

The family said they have received criticism for not aborting their baby, but the family has responded saying the decision to keep their son was "only our choice." Jaxon has most of his brain, but it's smaller than normal, according to his family. They said he could survive for many years.

Jaxon's parents continue to share major milestones on the Jaxon Strong Facebook page. His family asks that you continue to keep their son in your thoughts and prayers. A GoFundMe page has been set up to raise money for his treatment. If you would like to donate to "Jaxon Strong" click here.