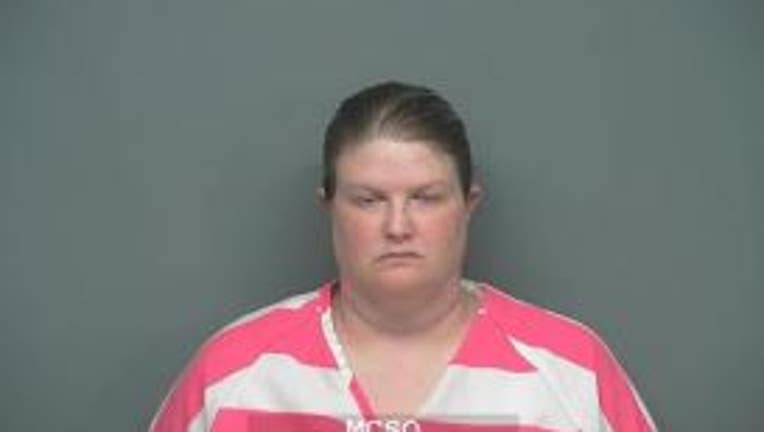 PORTER, Texas - A former Porter High School teacher will spend the next seven and a half years behind bars after pleading guilty to improper relationship between an educator and student.

On Thursday, Rhiannon Petty, 43, was sentenced by Judge Patty Maginnis to an agreed plea deal, according to District Attorney Brett W. Ligon.

According to a release, Petty was a former health sciences teacher at Porter High School and the victim, who was 17-years-old at the time, was one of her students.

The release stated to carry out her abusive relationship with her victim, Petty would write notes for the victim excusing the victim from missing other classes so Petty could spend time with her.

Officials said Petty would also communicate with the victim on a cell phone that she provided to the victim.

Numerous text messages were exchanged in which Petty professed her love for the victim, officials added.

During the forensic interview, authorities said, the victim detailed multiple instances of sexual abuse that occurred at Petty’s home and in her vehicle.

"Our children deserve the full protection of the law. In this instance, this teacher user her trusted position to take advantage of young person, and those actions have rightly resulted in a prison sentence," said Ligon. "I sincerely hope that other teachers who are considering this kind of predatory behavior will take note and think again. If they do not, prison waits for them as well."

"When a teacher violates the community’s trust by victimizing a student, he or she must be held accountable. We rely on teachers to mentor and nurture our children, and we simply will not tolerate abuse and manipulation of this nature. We especially want to thank the hard work and professionalism of the Pct. 4 Constable’s Office. Their skilled efforts ensured justice was done in this case."