WASHINGTON - An employee of the Federal Investigations Bureau was indicted after allegedly taking several documents that contained classified information home and keeping them for nearly a decade, according to the U.S. Department of Justice.

Kendra Kingsbury, 48, of Dodge City, Kansas, worked as an intelligence analyst for the Kansas City Division of the FBI for 12 years before her suspension in 2017 upon discovery that she had allegedly taken the documents, according to the DOJ.

Kingsbury had a top-secret security clearance which gave her access to national defense and classified information, the DOJ said. 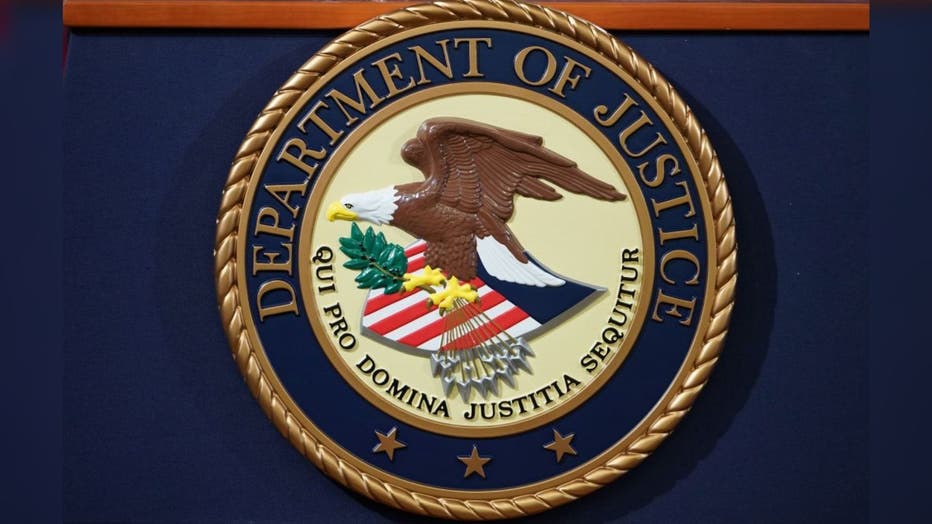 FILE - The Department of Justice seal.

"As an intelligence analyst for the FBI, the defendant was entrusted with access to sensitive government materials," said Assistant Attorney General John C. Demers for the Justice Department’s National Security Division. "Insider threats are a significant danger to our national security, and we will continue to work relentlessly to identify, pursue and prosecute individuals who pose such a threat."

Kingsbury allegedly kept the classified documents in her home for nearly a decade, according to Alan E. Kohler, Jr. assistant director of the FBI’s counterintelligence division.

"The defendant, who's well trained in handling classified information, put her country’s sensitive secrets at risk. The FBI will go to great lengths to investigate individuals who put their own interests above U.S. national security, including when the individual is an FBI employee."

The first count stated that a number of the classified documents held secret-level information such as intelligence sources and methods related to U.S. government efforts to defend against "counterterrorism, counterintelligence and cyber threats."

The documents also included details about open FBI investigations across the country and "documents relating to sensitive human source operations in national security investigations, intelligence gaps regarding hostile foreign intelligence services and terrorist organizations, and the technical capabilities of the FBI against counterintelligence and counterterrorism targets," according to the DOJ.

The second count specifically relates to classified documents that contained intelligence sources and methods related to the federal government’s efforts to collect information on terrorist groups, the DOJ alleged.

"The documents include information about al Qaeda members on the African continent, including a suspected associate of Usama bin Laden. In addition, there are documents regarding the activities of emerging terrorists and their efforts to establish themselves in support of al Qaeda in Africa," the DOJ said.

Removing and transporting the documents to an unauthorized location could have put the entire country’s safety at risk, the DOJ continued, saying Kingsbury "risked disclosure and transmission of those materials, and therefore could endanger the national security of the United States and the safety of its citizens. She also knew that violating the rules governing the handling of classified information could result in criminal prosecution."

The case is being prosecuted by Assistant U.S. attorneys Patrick C. Edwards and David Raskin in the Western District of Missouri, with the assistance of DOJ trial attorney Scott Claffee with the Counterintelligence & Export Control Section of the National Security Division.