HOUSTON - This edition of Foodies and Friends finds Ruben and Katie at Hope Farms with Gracie Cavnar- Recipe for Success and Chef Greg Martin from Bistro Menil.

Both Grace and Greg offer a loving toast to the iconic Peg Lee, a singular culinary pioneer in our town who taught so many Houstonians to cook and inspired, mentored, and supported Recipe for Success. Peg Lee began teaching cooking classes at Houston Community College in the 1970s and quickly delighted in the abundant humor that comes with the territory. A decade later, Peg became the founding director of the Rice Epicurean cooking school.

In 2001, Houston's brand-new Central Market lured her away to start their, now wildly successful, cooking school where she helped attract well-known national and international chefs, often ushering them all over Houston bragging about the city’s rich multicultural culinary world. Peg saw the waves of benefits that Recipe for Success Foundation's programs could bring, and she immediately got both Central Market and H-E-B involved. To this day, she never misses a chance to spread the word about the Foundation to chefs and food activists across the country 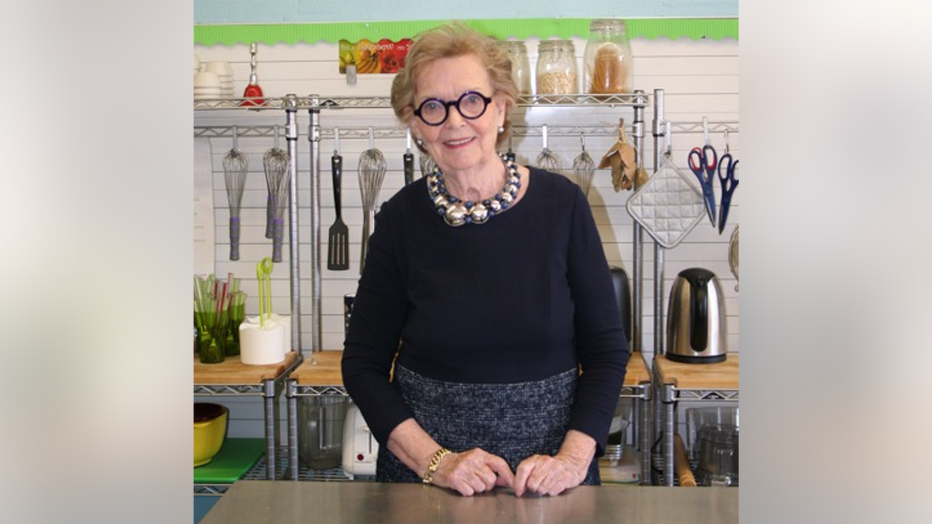