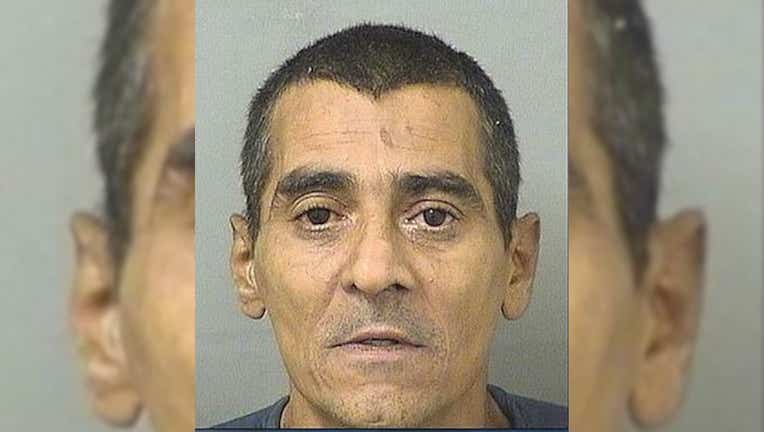 LANTANA, Fla. - A Florida woman was in critical condition Thursday in a Miami hospital, being treated for second- and third-degree burns, three days after a man allegedly poured gasoline on her and use a cigarette lighter to set her on fire, according to a report.

Authorities said the suspect, identified as Luis Angel Quinonez, 53, of Lantana, became enraged after learning the 61-year-old woman had been having a “romantic relationship” with his stepfather, the Sun Sentinel of South Florida reported.

Neighbors reported seeing the woman on fire, running from the home, with Quinonez using a hose to spray water on the burning home rather than the burning woman.

RELATED: WV officer shot in the face pulled from life support, organs to be donated

After being taken in for questioning, Quinonez allegedly told investigators that he had been drinking and was jealous because he was in love with the woman, the report said.

He also reportedly said he would have killed the stepfather instead but the man was not home at the time.

The woman had lived with the family for years and was a caretaker for the suspect’s mother until she recently died, according to the report.

Quinonez faces a charge of attempted first-degree murder and was being held in the Palm Beach County Jail without bond, according to the Sun Sentinel.

Lantana is on Florida’s Atlantic coast, about 62 miles north of Miami.