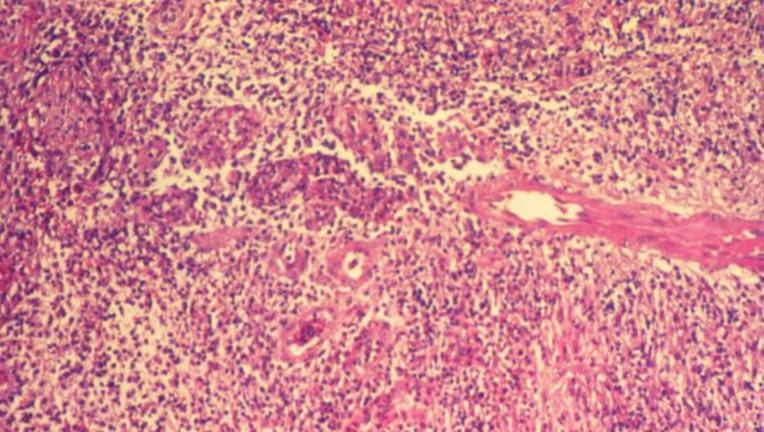 FOX NEWS - A rare sexually transmitted disease that causes flesh-eating ulcers on patients’ genitalia has popped up in England, the Lancashire Post reported.

An unnamed female patient, who lives in Southport and is between the ages of 15 and 25, reportedly was diagnosed with donovanosis within the last 12 months.

Donovanosis, which is spread through sexual intercourse with an infected patient, or by coming into contact with a patient's infected ulcer, is typically seen in India, New Guinea, parts of the Caribbean, central Australia and southern Africa.

According to the Centers for Disease Control and Prevention (CDC), the painless disease causes progressive ulcerative lesions on the genitals or perineum, which are prone to heavy bleeding.

Patients are at risk of extragenital infections that can occur in the pelvic regions, or in intra-abdominal organs, bones or mouth. The lesions may also develop secondary bacterial infections.

While antibiotic treatment may stop the progression of lesions, patients are at risk of relapse for 6-18 months post-treatment. According to the British Association for Sexual Health and HIV (BASHH), there have been no prior cases reported in the U.K.

The woman’s case came to light through a Freedom of Information request submitted by chemist-4-u.com, the Lancashire Post reported.

A pharmacist with chemist-4-u.com told the news outlet that any delay in treatment “could cause the flesh around the genitals to literally rot away.”

An update on the infected patient was not provided, nor was it clear if any sexual partners she had encountered were also infected. Coming into contact with a victim’s bleeding ulcer could be enough to transmit the disease.

The website submitted the request as part of its “The Great British STI Taboo” investigation, which reported that 69 percent of the 1,000 British adults polled had never been tested for an STD.

The investigation also reported that in 2017, 420,000 STDs were diagnosed in England, with chlamydia accounting for 48 percent of cases.