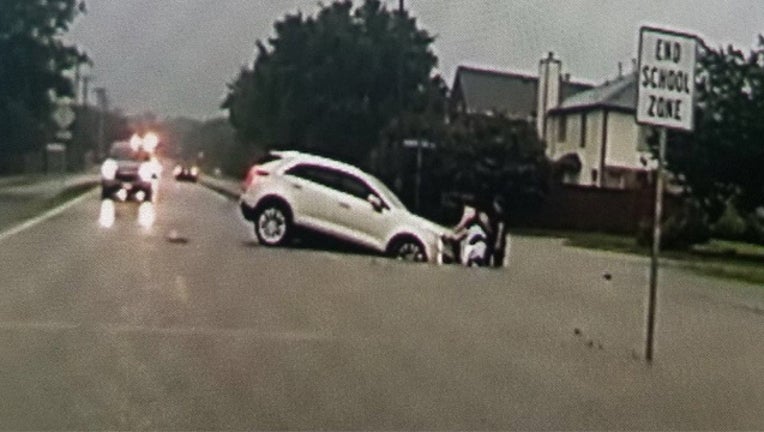 Flash flood warnings were in effect over the weekend in the Dallas-Fort Worth area. In this photo an SUV was swept off the road in Arlington, Texas. (Arlington Police)

A young mother and her 2-year-old daughter drowned in North Texas on Saturday morning after a flash flood swept their car off the road and pushed it into a culvert filled with water.

The mother’s car had stalled on a service road in Fort Worth when it was pushed by waves of water from other vehicles, the Fort Worth Star-Telegram reported. The midsized sedan floated into the culvert around 10 a.m. local time and within minutes was completely filled with water, the report said.

By the time rescue officials arrived, it was too late.

“When we got here the water was 30 feet deep and we couldn’t go in,” a fire department spokesman told the paper. Firefighters were called back after the water receded and the top of the vehicle was visible, the spokesman said.