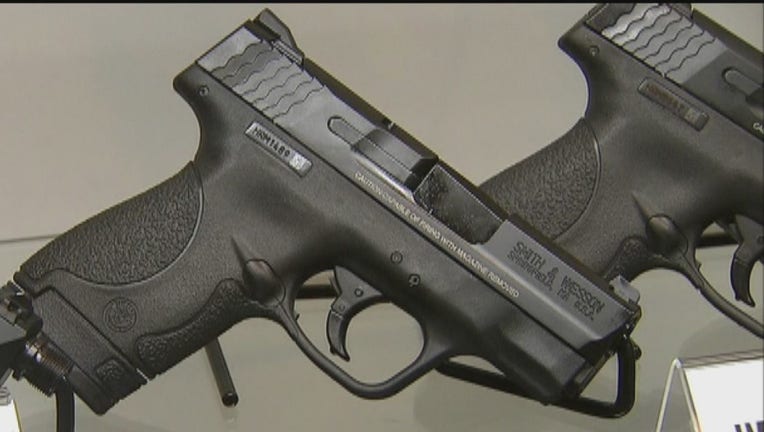 Background checks, a metric for gun sales, are hitting an all-time high in 2020, and nearly half of the purchases being made this year are by first-time firearm owners, firearm manufacturer Smith & Wesson said Thursday.

For their findings, the company cited data from the National Shooting Sports Foundation (NSSF), which estimated that 40% of the tens of thousands of firearm purchases in 2020 are coming from first-time owners.

Smith noted that these new purchases are further "broadening and diversifying" its consumer base and are an indicator of the long-term vitality of the industry as a whole.

Smith said NSSF data indicated that "women are making up 40% of new buyers and overall firearm purchases by African Americans are outpacing all other demographics with 58% growth in the first half of the year alone through June."

"This expanded consumer base of new firearm owners represents a healthy long-term opportunity for the industry as a whole, but specifically for Smith & Wesson," he added.

Overall, however, it has been a historic year for gun purchases with more than 19 million gun background checks being conducted thus far. That's more than all of 2012 and each of the years before that.

Gun sales spiking across the nation

FOX 26's Randy Wallace has more on why gun sales are once again spiking across the nation.

Background checks are the key barometer of gun sales, but the FBI’s monthly figures also incorporate checks for permits that some states require to carry a firearm. Each background check also could be for the sale of more than one gun.

Firearm sales traditionally increase during presidential election years, fueled by fears among gun owners that the next president could restrict their rights. But this year has seen a series of previously unheard-of numbers largely associated with the coronavirus pandemic, a subsequent economic recession, a deep political divide and civil unrest.

In June, 3.9 million background checks were conducted, the most since the system was created in November 1998 to ensure felons and other prohibited people could not buy or possess a firearm.