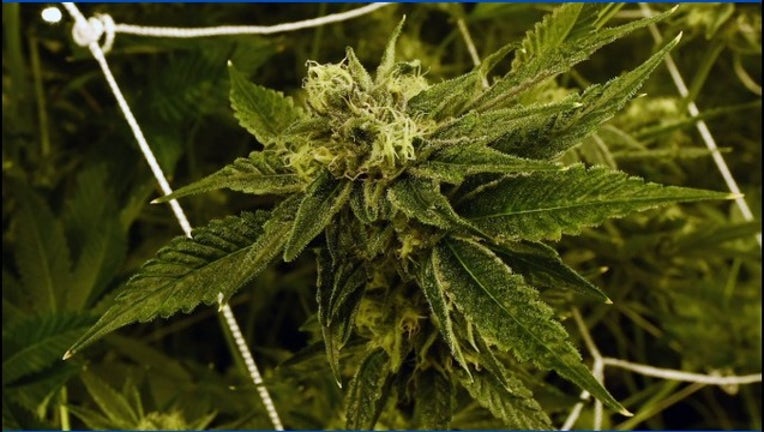 The first FDA-approved cannabis-based medication is now available by prescription in the United States (Photo by Ethan Miller/Getty Images).

(KTVU) - The first cannabis-based medication approved by the U.S Food and Drug Administration is now available by prescription in all 50 U.S. states for the treatment of two types of severe epileptic syndromes, according to its manufacturer.

Epidiolex, manufactured by U.K.-based GW Pharmaceuticals, is a formulation of “highly purified, plant-derived cannabidiol,” or CBD, which does not produce the high associated with marijuana and is intended to treat seizures associated Lennox-Gastaut syndrome or Dravet syndrome, two of the most difficult-to-treat forms of childhood-onset epilepsy.

“Because these patients have historically not responded well to available seizure medications, there has been a dire need for new therapies that aim to reduce the frequency and impact of seizures,” said Justin Gover, Chief Executive Officer of GW Pharmaceuticals, in a written statement.

“We are committed to ensuring that these patients can access this novel cannabinoid medicine that has been thoroughly studied in clinical trials, manufactured to assure quality and consistency, and is eligible to be covered by insurance for appropriate patients.”

Epidiolex completed three randomized, double-blind, placebo-control clinical trials, which were published in the New England Journal of Medicine, and an open-label extension study. The studies showed a significant reduction in the frequency of drop seizures in patients with LGS and convulsive seizures in patients with Dravet syndrome when Epidiolex was added to other anti-epileptic therapies.

The FDA, who pledges to support scientific research related to medical marijuana, approved Epidiolex for treatment of seizures in June, noting the “adequate and well-controlled clinical studies” that supported the decision.

“This approval serves as a reminder that advancing sound development programs that properly evaluate active ingredients contained in marijuana can lead to important medical therapies. And the FDA is committed to this kind of careful scientific research and drug development,” said FDA Commissioner Scott Gottlieb, M.D.

LGS typically becomes apparent during infancy or early childhood and causes several different types of seizures. Affected children may also experience cognitive dysfunction, developmental delays and behavioral problems. Plus, it can be difficult to treat as it’s often resistant to other anti-seizure medications.

“Despite the use of multiple epilepsy treatments, the majority of LGS patients continue to have life-long, debilitating seizures and our community welcomes the availability of a new, first-in-class treatment option,” said Christina Sanlnocencio, Executive Director of the Lennox-Gastaut Syndrome Foundation.

Dravet syndrome is a lifelong condition that also begins during childhood, causes many different seizure types and can contribute to developmental delays. Those affected often experience long seizures or repetitive ones early on in life that can result in status epilepticus, a life-threatening condition.

“Our community has long desired a medication specifically approved for the treatment of seizures associated with Dravet syndrome, and the availability of Epidiolex is an important milestone for patients and caregivers whose lives are significantly impacted by this catastrophic, lifelong form of epilepsy,” said Mary Anne Meskis, Executive Director of the Dravet Syndrome Foundation.

The Drug Enforcement Administration tagged it as a schedule V substance in September, which is the least restrictive classification for a controlled substance, consequently mobilizing the medication’s U.S. production.

Medical marijuana is available in the majority of U.S. states, though it’s still a schedule 1 drug under federal regulations – this includes CBD. The FDA defines a schedule 1 drug as one “with no currently accepted medical use and high potential for abuse.” Advocates for the non-psychoactive drug hope Epidiolex’s approval paves the way for additional cannabis-based products.