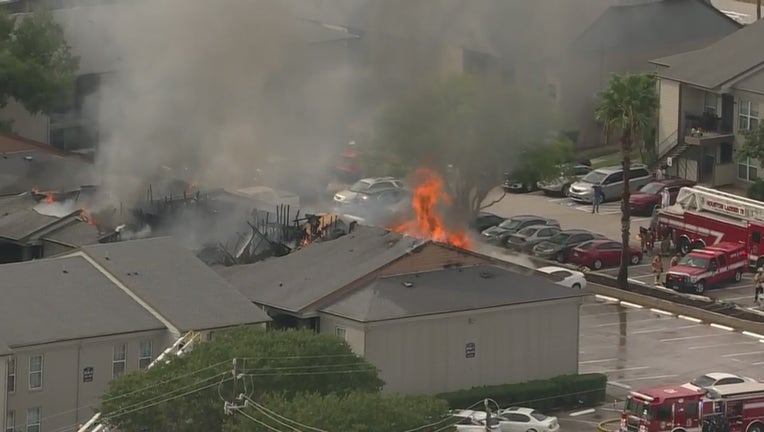 Photo from the scene via SkyFOX.

HOUSTON - Firefighters have contained a 2-alarm apartment fire that sparked up in West Houston on Thursday afternoon.

The fire sparked up at an apartment complex located at 1919 South Kirkwood Road.

Officials said firefighters are currently working to put out hotspots.

Arson investigators are on scene conducting an investigation into the cause of the fire.

Drivers and residents are urged to avoid the area while officials remain on scene.