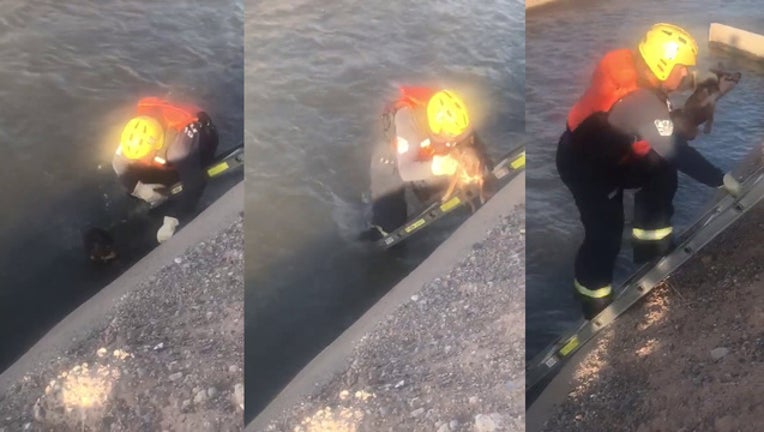 STORYFUL - Firefighters in Glendale, Arizona, are asking pet owners to remember that their animals “are hot too” after two dogs were rescued from the local canal in the space of a week.

A video, shared to Facebook by Glendale Fire Department on August 4, shows one of its crew lifting a tiny (and very feisty) dog from the Glendale canal.

Thankfully, the dog appeared to be unharmed but the department warned owners to make sure their pets have enough water and shade during the summer months.

The rescue had over 7,800 views at the time of writing.