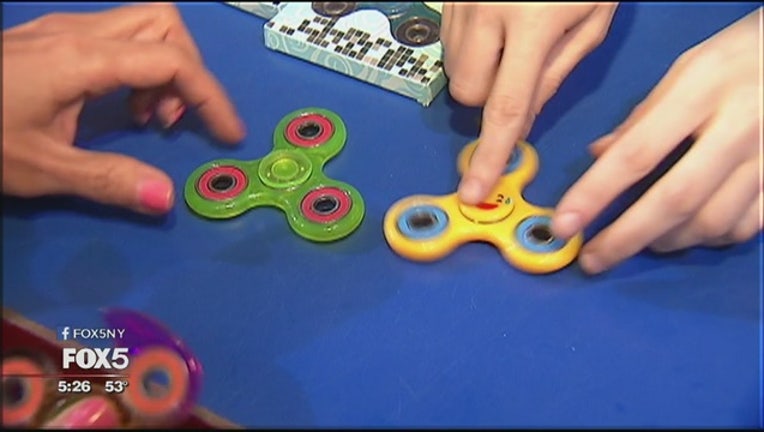 Fidget spinners are all the rage among elementary school students, and some parents hopeful that the toy may help their children concentrate. But one mom in Texas is warning about the potential dangers of the device after her daughter nearly choked to death while playing with one.

“On the way home from a fun swim meet, I heard Britton make an odd retching noise in the back seat as I was driving,” Kelly Rose Joniec, Britton’s mother, wrote in part in a May 15 Facebook post. “Looking back in the mirror, I saw her face turning red and drool pouring from her mouth – she could utter noises but looked panicked so I immediately pulled over.

“She pointed to her throat saying she’d swallowed something, so I attempted Heimlich but there was no resistance,”  Joniec continued in the post. “She said she’d put part of her fidget spinner in her mouth to clean it and somehow swallowed it.”

Fidget spinners, which are made of plastic, metal and contain a ball bearing, have been banned from many classrooms, with teachers claiming the toy distracts them rather than helps them study. Some kids have taken to YouTube to share tricks and special spins they’ve learned to do with the toy.