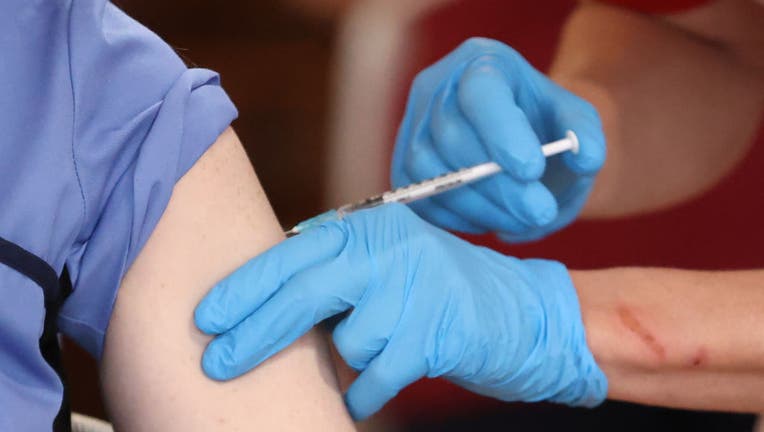 WASHINGTON - The U.S. Food and Drug Administration authorized the Pfizer-BioNTech coronavirus vaccine for emergency use Friday, launching an epic vaccination campaign against the outbreak that has killed close to 300,000 Americans.

The vaccine made by U.S. drugmaker Pfizer and Germany’s BioNTech vaccine already has been authorized for use by the United Kingdom, Canada, Bahrain and Mexico.

Doses could be dispensed within days as the U.S., which has been inundated with the highest number of cases and deaths anywhere in the world, hopes to finally curb the ongoing spread of the deadly disease.

The announcement comes after the vaccine won an endorsement of widespread use from an FDA panel of outside advisers  on Thursday, one of the last hurdles before getting the shots to the public, and the White House chief of staff reportedly threatened  the FDA head’s job over vaccine approval.

The advisory panel on Thursday debated and picked apart the data — in public — on whether the vaccine is safe and effective enough to be cleared for emergency use. With unprecedented interest in the normally obscure panel, the FDA broadcasted the meeting via Youtube, and thousands logged on to watch.

Hanging over the meeting was a warning from British officials that people with a history of serious allergic reactions shouldn’t get the vaccine. U.K. government authorities are investigating two reports of reactions that occurred Dec. 8, when Britain became the first country in the West to begin mass vaccinations against the virus.

Pfizer representatives told the panel they are aware of the British reports but have seen no signs of allergic reactions in their trial of the vaccine.

The U.S. Food and Drug Administration authorized the Pfizer-BioNTech coronavirus vaccine for emergency use Friday, launching an epic vaccination campaign against the outbreak that has killed close to 300,000 Americans.

The FDA uncovered no major safety problems in its review of Pfizer’s 44,000-person study, including no allergic reactions of the type reported in Britain. But such studies can’t detect rare problems that might only affect a very small percent of the general population.

FDA reviewers noted four cases of Bell’s palsy that occurred among people getting the vaccine. They concluded the cases were probably unrelated to the vaccine because they occurred at rates that would be expected without any medical intervention. But the agency did say cases of the nerve disorder should be tracked, given that other vaccines can cause the problem.

Prior to the report, the FDA had said earlier Friday that it would “rapidly work” to grant emergency use of the vaccine.

Friday’s approval marks a historic step toward controlling the pandemic that has for most of 2020 appeared to have no end in sight, claiming the lives of more than 1.5 million people around the globe. The novel coronavirus has killed more than 293,000 in the U.S. alone, data from Johns Hopkins University shows.

Canada approved Pfizer’s COVID-19 vaccine on Dec. 9, in which the country said the terms of the approval require the manufacturer to continue providing information on the vaccine.

Canada is set to receive up to 249,000 doses this month and officials are expected to start administering 30,000 doses next week after an initial batch was shipped Dec. 4 from Belgium.

“This a momentous occasion,” said Dr. Supriya Sharma, chief medical adviser at Health Canada. “The geek in me is amazed. No one would have thought, even when we looked back at the first discovery of the virus, that less than a year later we would be authorizing and distributing a vaccine.”

On Dec. 2, the U.K. became the first nation to authorize the emergency use of the Pfizer-BioNTech vaccine.

The announcement by U.S. regulators to approve the vaccine for emergency use sets the stage for one of the most historic and large-scale vaccination campaigns in history, just as experts have been warning residents to prepare for what they have repeatedly called a deadly winter.

Public health officials have cautioned that several tough months still lie ahead, given the monumental task of inoculating large swaths of the population. Because of the limited initial supply, the first shots will be reserved for those most in danger.

Earlier this month, the head of the U.S. Centers for Disease Control and Prevention signed off on an expert panel’s recommendation that health care workers and nursing home residents be the first to receive the vaccination when shots become available.

Amid growing concern that Americans may greet vaccines with skepticism, U.S. Health and Human Services Secretary Alex Azar previously said Britain’s decision to streamline the process and approve the inoculation’s use “should give Americans additional confidence in the quality of such a vaccine.”

Britain received the first shipment of 800,000 doses from Belgium within days of the country’s initial approval. Two doses three weeks apart are required. The country expects to receive millions of doses by the end of 2020, though the exact number will depend on how fast it can be manufactured and checked for quality.

Until a vaccine is thoroughly distributed to the majority of the U.S. population, health officials are still urging residents to comply with precautionary measures aimed at reducing exposure to the coronavirus as the country faces bleak, record-breaking numbers of COVID-19 cases and deaths.

A report issued by the White House coronavirus task force dated Nov. 29 included a grim warning to state officials, saying the United States is currently in “a very dangerous place” in the pandemic due to a heavy surge in COVID-19 cases throughout the country.

“The COVID risk to all Americans is at a historic high," said the report from the task force, which was released by multiple state officials detailing current COVID-19 trends around the country.

The report echoed advice from Dr. Anthony Fauci, the nation’s leading infectious disease expert, who said he didn’t believe large gatherings for the holidays were a good idea.

"If you are under 40, you need to assume you became infected during the Thanksgiving period if you gathered beyond your immediate household. Most likely, you will not have symptoms; however, you are dangerous to others and you must isolate away from anyone at increased risk for severe disease and get tested immediately," the report said.