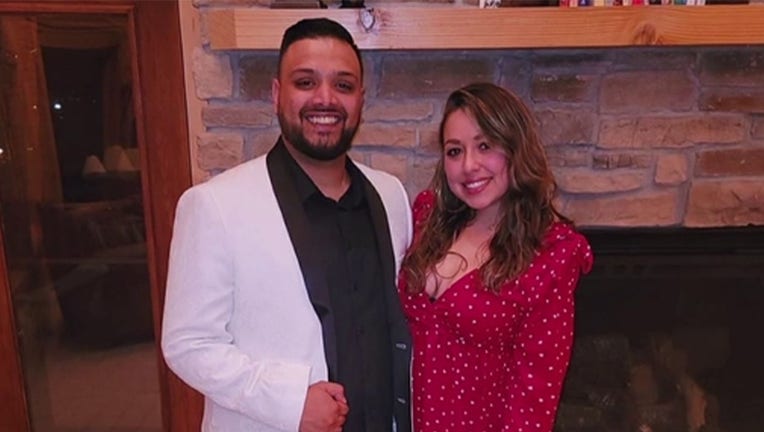 DALLAS - The family of a man who died while saving his fiancée at Astroworld Fest has filed a lawsuit.

Dallas-based trial firm Lyons & Simmons filed the suit against Live Nation, rapper and producer Travis Scott, and other defendants on behalf of the family of Mirza Danish Baig, Basil Baig, and Olivia Swingle.

Danish, who lived in Crowley, was killed while protecting Swingle in the crowd surge at the Astroworld Festival. He was two weeks shy of his 28th birthday.

"Danish will always be remembered as a hero for his actions, but his loved ones want to make sure no one else’s loved one is ever killed in such a needless way simply by attending a concert," said Lyons & Simmons co-founder Chris Simmons.

He was one of the 10 people who died in the Astroworld tragedy. Hundreds more were injured, including Swingle and Danish's brother Basil.

"This tragedy was foreseeable and brazenly courted," said Michael Lyons, co-founder of Lyons & Simmons. "The Astroworld Festival creators, organizers, promoters, security contractors, and performers failed Danish, Olivia, Basil, and all the other victims."

The lawsuit alleges that the potential dangers presented by this type of venue and by Scott were well documented.

The handwritten, internal Houston Fire Dept. records paint a disturbing and chaotic scene at Astroworld Fest, with shocking events that began Friday morning, before the gates were even opened.

In a press release, the trial firm points out that, since 2015, Scott has twice been arrested for encouraging fans to bypass security measures and rush the stage.

"Several fans were injured during a stampede to get into his 2019 Astroworld event," the press release reads.

"Although the 2021 festival was sold out, the lawsuit points to social media posts by Scott encouraging non-ticketholders to "sneak in" to the event."

RELATED: New images from the stage of Astroworld: Attorney believes 'Travis Scott could see what was going on'

RELATED: 70 minutes at Astroworld: A countdown to catastrophe

This latest lawsuit comes at the heels of two other massive suits filed this week on behalf of Astroworld for a total of $2.75 billion.

Meanwhile, authorities say the investigation into what happened at Astroworld is expected to take weeks or months to complete.

Two major lawsuits seeking a total $2.75 billion were filed this week on behalf of victims of the Astroworld tragedy, which left 10 people dead and hundreds more injured.