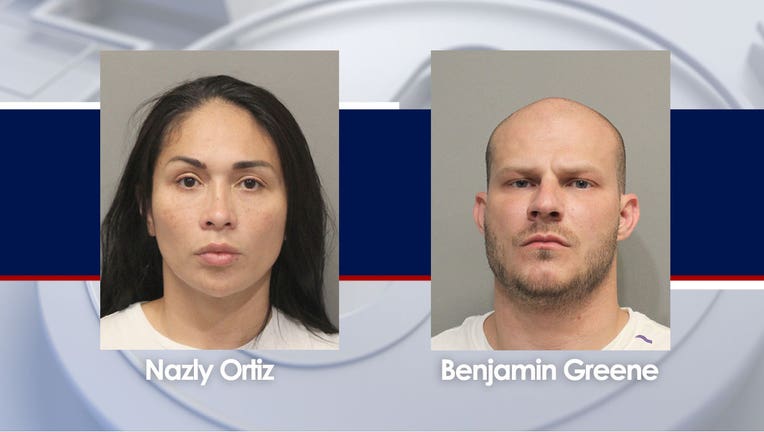 HOUSTON - The sister of a man shot and killed in a road rage shooting seven months ago is reacting to a video showing a woman shooting into a car with a child inside.

The now-viral video shows a 40-year-old woman, identified by police as Nazly Ortiz, firing at a car during a road rage incident. There was a toddler in the backseat of that vehicle.

Police say one bullet grazed the driver, and another hit a vehicle at a nearby car dealership.

"She was very irresponsible. You shot toward a dealership, and could've shot and killed a baby, they deserve to be in jail," said the sister of 26-year-old Anthony Hipp.

Hipp's sister chose to remain anonymous, she says seeing this footage forces her to re-live her brother's murder.

Hipp was shot 13 times on Christmas Eve in a road rage shooting near West Green and I-10 in Katy. He drove himself to the hospital and fought for his life, but he died 44-days later.

More than seven months have passed since the shooting and the suspect is still on the loose. The Harris County Sheriff's Office says, in 2022 alone, they've already responded to 582 road rage incidents.

Deputies arrested Ortiz and the man seen with her in the viral video, identified as Benjamin Green.

Hipp's sister says she only wishes her brother can finally get the justice that he deserves.

"I want to also put pressure on Harris County homicide detectives and let them know, that I know Anthony wasn't one of theirs or a wealthy famous person, but he wasn't road-kill either," she said.

Anthony's family is reminding people there is a $5,000 reward for anyone who provides Crimestoppers with information that leads to an arrest.