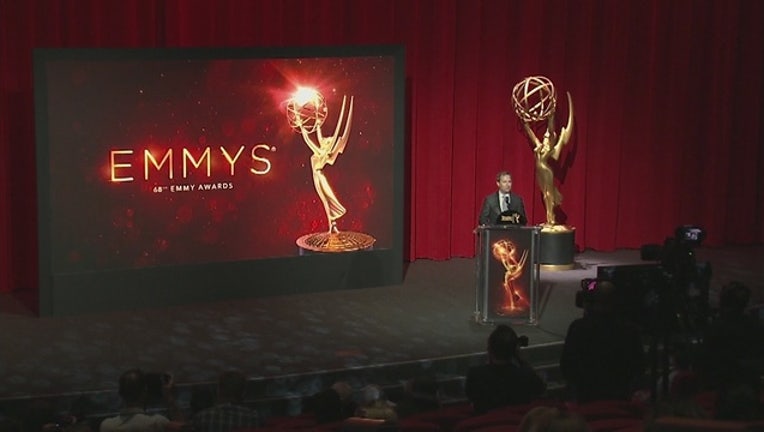 LOS ANGELES (AP) - Some facts and figures about Tuesday's nominations for the 71st Emmy Awards:

This year's group of nominees saw a significant drop in diversity from 2018, when more than a third of the 101 nominees in acting categories were ethnic minorities. This year the figure was less than a quarter.

Diversity was especially missing in comedy. Just two of the 26 acting nominees were people of color - Anthony Anderson for "black-ish" and Don Cheadle for "Black Monday" - and three of the four categories had all-white nominees.

Categories dominated by the overwhelmingly white "Game of Thrones" were also short on inclusion, including supporting actress in a drama, with zero nominees of color.

A number of high-profile film stars are among the first-time Emmy nominees this year. They include Amy Adams, a six-time Oscar nominee, for "Sharp Objects"; Hugh Grant, a five-time Golden Globe nominee, for "A Very English Scandal"; Oscar and Golden Globe winner Benicio Del Toro, for "Escape at Dannemora"; and Oscar and Globe nominee Rosamund Pike, for "State of the Union."

Billy Porter is already a Tony winner, for "Kinky Boots," and of course a huge star of the red carpet with his groundbreaking, eye-catching fashions. Now, he's also an Emmy nominee, for "Pose."

She's already helped you unclutter your closet. Now Marie Kondo may have a shiny object to clutter up her own mantlepiece: She's nominated for "Tidying Up with Marie Kondo."

GoT IS STILL NOT THE GOAT

Yes, "Game of Thrones" copped 32 Emmy nods, a record for a TV show in a single year. The HBO drama now holds a whopping 161 nominations in its history.

Is that the most for any show? Nope!

That would be "Saturday Night Live," with 270 nominations overall.

MOVE OVER NETFLIX : HBO IS BACK

Thanks to "Game of Thrones," HBO has reclaimed its own throne when it comes to Emmy nominations.

The cable network scored 137 nominations, including that "Thrones" record. They include lead acting nods for Emilia Clarke and Kit Harington. Also getting multiple nods for the network were "Chernobyl" and "Barry."

Among streamers, Amazon's Prime Video came in second to Netflix with 47 nods.

ANOTHER MILESTONE SHOT FOR JULIA LOUIS-DREYFUS

TV's beloved comedy queen, Julia Louis-Dreyfus, was nominated for her ninth Emmy, for "Veep." If she wins, she'll surpass Cloris Leachman, with whom she is now tied for eight, for most Emmys won by a female performer.

The late Mary Tyler Moore has seven, as does Allison Janney, snubbed this year for "Mom."

NOMINATED ONSCREEN AND OFF