FOX 26 Reporter Natalie Hee spoke with the victim's mother after he was killed in a crash on Monday.

HOUSTON - FOX 26 spoke exclusively with the mother of an innocent driver killed during a police chase Monday.

"It’s just something a mother never wants to hear. I just kinda fell to my knees and prayed, asking God no, not one of mine; not anyone from my family. We’ve been dealing with a lot of death since the pandemic," said Yvette Gallien.

It’s been an impossible few days for Yvette Gallien.

On Saturday, she buried her uncle, then less than 48 hours later, Houston police showed up at her door informing her that her eldest son, Carl Wiley Jr., had died.

Authorities said Carl was driving near the intersection of Wilcrest and Meadowglen just after midnight Monday when a suspect in a high-speed police chase ran a red light and crashed into his car.

The scene of his death, now serving as his memorial.

"Carl was a loving son, a loving brother, grandson, and father. He loved to make people laugh. He always had a strong exterior about him. He was a gentle giant," Gallien said.

Carl was had just celebrated his 35th birthday a week ago and was in the process of making his dreams come true.

"He was getting ready to start his own business. He liked to cook, so we were already planning to do a food truck," Gallien said.

Attorney and former HPD officer Tom Nixon said many factors play into pursuing a suspect in the first place, like the time of day.

"The level of crime that you’re chasing someone for is one of the primary factors. And what else goes into it is whether a warrant could possibly be issued for the person’s arrest in the future. So normally, if you have all the identifying information for the suspect, the department, if you could avoid the chase, would rather avoid the chase and have you do a warrant for the person’s arrest at a later date."

"Oddly enough, the greater the density of road conditions. For example, if you have maximum cars on the roadway, that's going to prevent someone from running away. Although the other time to do it is 3 AM because you don’t have to worry about anyone else being on the roadway either," Nixon said.

The suspect, 20-year-old Cameron Rogers, was released from the hospital hours after the crash and appeared in court Tuesday, charged with felony murder. 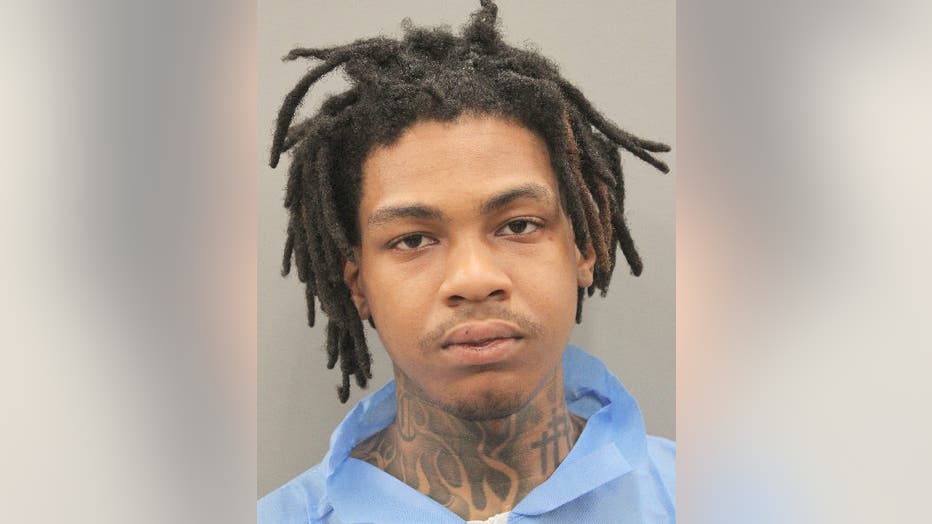 Cameron Rogers, 20, is charged with murder and possession of a firearm as a previously convicted felon.

Carl's family is now the in the process of planning his funeral for next weekend.