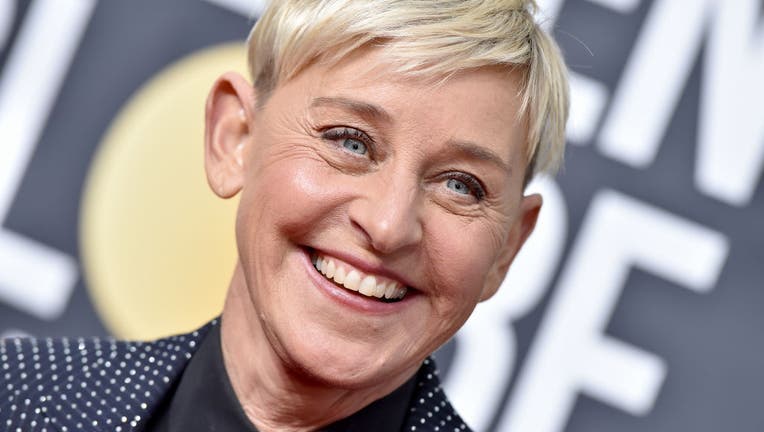 “The Ellen DeGeneres Show” host and comedian said on Twitter that she is “feeling fine right now.”

“Anyone who has been in close contact with me has been notified, and I am following all proper CDC guidelines. I’ll see you all again after the holidays,” DeGeneres wrote.

Production on her daytime talk show has been paused until January, producer Telepictures said in a statement that followed DeGeneres' Thursday announcement.

Reruns of “The Ellen DeGeneres Show” were to air starting Thursday.

When the coronavirus outbreak hit in March, DeGeneres shifted to taping without a studio audience, as did other talk shows. When the series began its 18th season in September, the popular daytime talk show added fans virtually into the seats, then said it would allow a few dozen people into the studio.

Her coronavirus diagnosis comes at the end of a difficult year for the 62-year-old. Over the summer, allegations surfaced of the show being a dysfunctional workplace that harbored misbehavior, including sexual misconduct and racially insensitive remarks, leading to three top producers exiting the show.

DeGeneres began the new season in September by addressing the allegations of a toxic work environment and apologizing for things “that never should have happened.”

Ellen DeGeneres addressed allegations of a toxic work environment during the opening monologue of her daytime talk show.

"I know that I’m in a position of privilege and power and I realize that with that comes responsibility, and I take responsibility for what happens at my show,” she said.