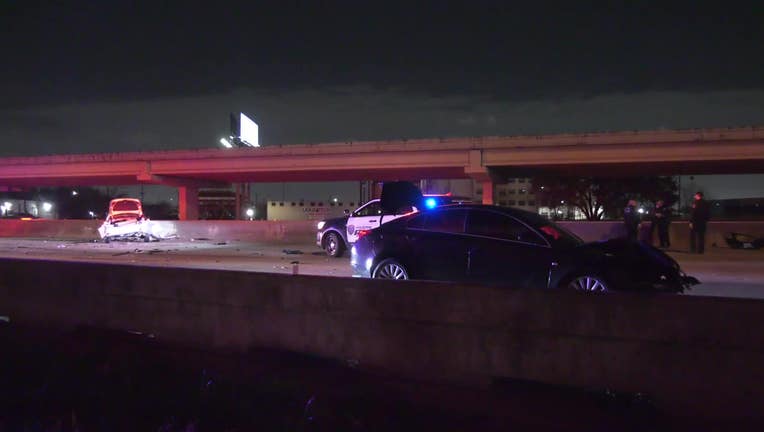 The Houston Police Department investigates a deadly crash on I-45 near Scott Street.

HOUSTON - A man who got out of his vehicle after a wrong-way crash was then killed in a second crash with a driver who is being investigated for possible intoxication, Houston police say.

The deadly crash occurred around 2:40 a.m. Monday in the outbound lanes of I-45 in southeast Houston.

Police say a silver Toyota Corolla was going the wrong way in the southbound lanes of I-45 near the Spur 5 interchange when the car struck a black Nissan Altima.

The Altima was disabled in the crash. Police say the momentum of the crash carried the Corolla for a short distance until it came to a stop facing the wrong way in one of the lanes of I-45 near Scott Street.

The driver of the Buick was transported to the hospital. Police say that driver admitted to drinking and showed some signs of intoxication.

An officer went to the hospital to evaluate the Buick driver for intoxication. If the driver was over the legal limit, he could face a charge of intoxication manslaughter, HPD says.