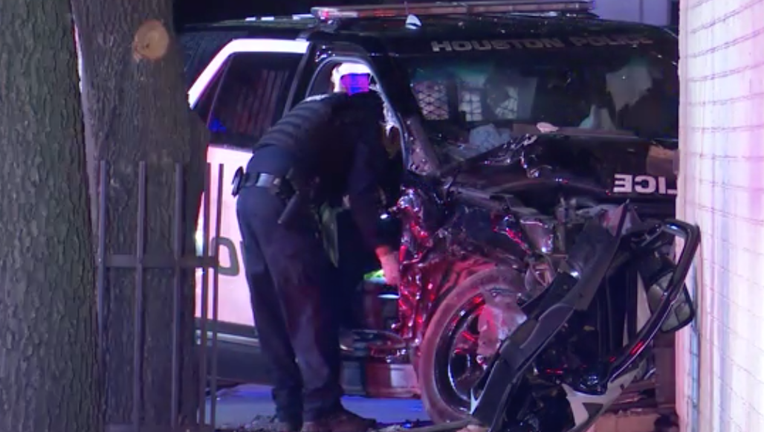 HOUSTON - Authorities believe a woman that slammed into a Houston Police patrol vehicle on Friday, Nov. 20 was under the influence.

Police say the woman was driving the wrong way down a one-way street when she crashed into a patrol car turning into the intersection of St Joseph Pkwy and Travis Street in Houston.

Houston Police and Fire responded to the scene to locate one officer trapped inside the patrol vehicle, which slammed into the entrance of Lone Star Saloon. 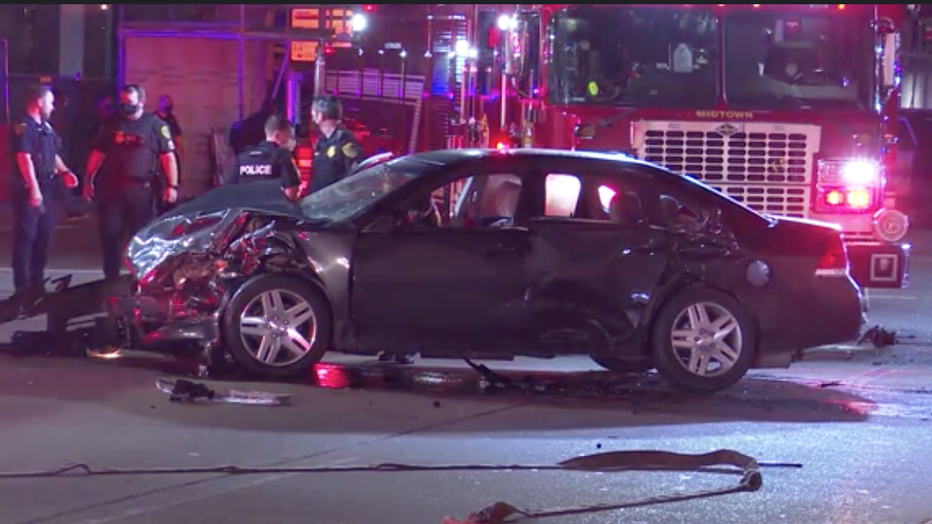 Both police officers were transported with non-life-threatening injuries after the passenger was cut from the wrecked patrol vehicle.

The female driver was transported to the hospital with non-life-threatening injuries.

Police say there was no way for her to know if she had a green or red light since she was driving in the opposite direction of the traffic lights.

A DWI investigation is ongoing