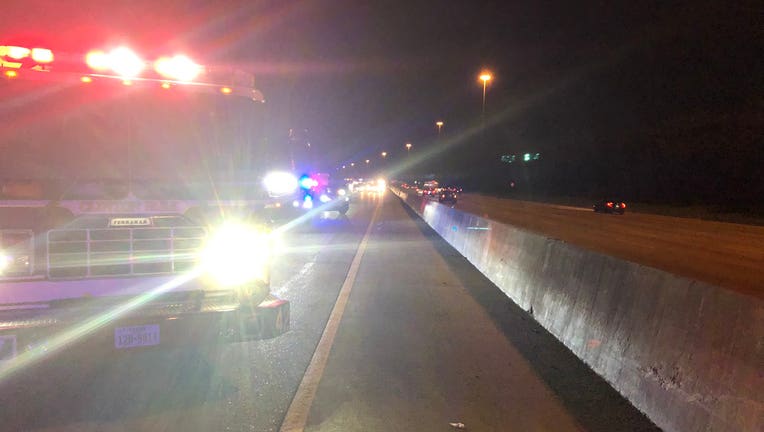 HOUSTON - A driver is lucky to be alive after another driver ran him off the road and shot at his vehicle several times on a Houston freeway Wednesday night.

Houston police say it happened on the East Loop near Clinton Road around 9 p.m.

A traffic stop related to road rage led to the arrest of a wanted felon out of Harris County.

When officers arrived they found a Toyota Camry with multiple bullet holes through it, according to Lt. Larry Crowson. The rear window was shattered and at least one tire was flat.

Crowson said the victim suffered a minor graze wound in the arm from a bullet. He was treated and released at the scene.

Police are trying to see if they can get a license plate or any other information to help find the suspect.