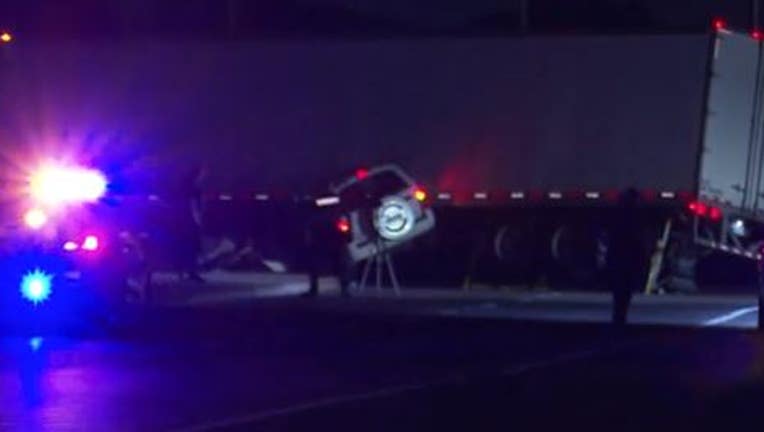 BAYTOWN, Texas - Officials say two women were trapped in their car after crashing into a big rig over in Baytown Friday night.

It happened around 8:30 p.m. in the 7300 block of Decker, where deputies with the Harris Co. Sheriff's Office say an 18-wheeler was making a U-turn when it was hit by a Jeep Liberty SUV.

Authorities say the women, were trapped inside the vehicle and had to be extricated. Shortly afterward, deputies say the passenger was taken via Lifeflight to a trauma center downtown, while the driver was rushed to a nearby trauma center but did not say in what condition.

Alcohol or drugs does not seem to have played a factor in the crash and we're told the roadway was cleared sometime before midnight.