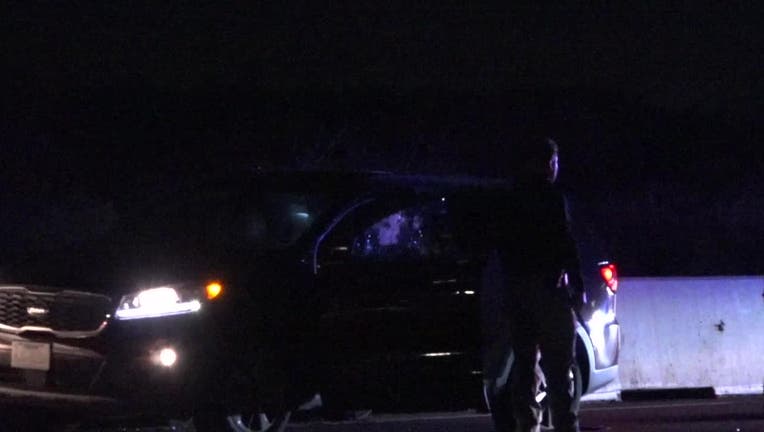 Police investigate after a woman was killed in a shooting on I-45 in La Marque.

LA MARQUE, Texas - A woman died after she was found shot inside an SUV along the I-45 Gulf Freeway in La Marque, authorities said.

The deadly shooting was under investigation early Sunday morning. It happened just before midnight.

Police were called to the scene after someone reported a disabled vehicle on the freeway. Officers found a black Kia SUV with bullet holes.

Authorities said the woman who was driving was struck multiple times and was rushed to the hospital, but she later died.

There is no description of the shooter or a suspect vehicle at this time.

Police said it appeared the woman was the only person in the vehicle at the time of the shooting.

Investigators were working to determine if the shooting was road rage or if it was targeted.